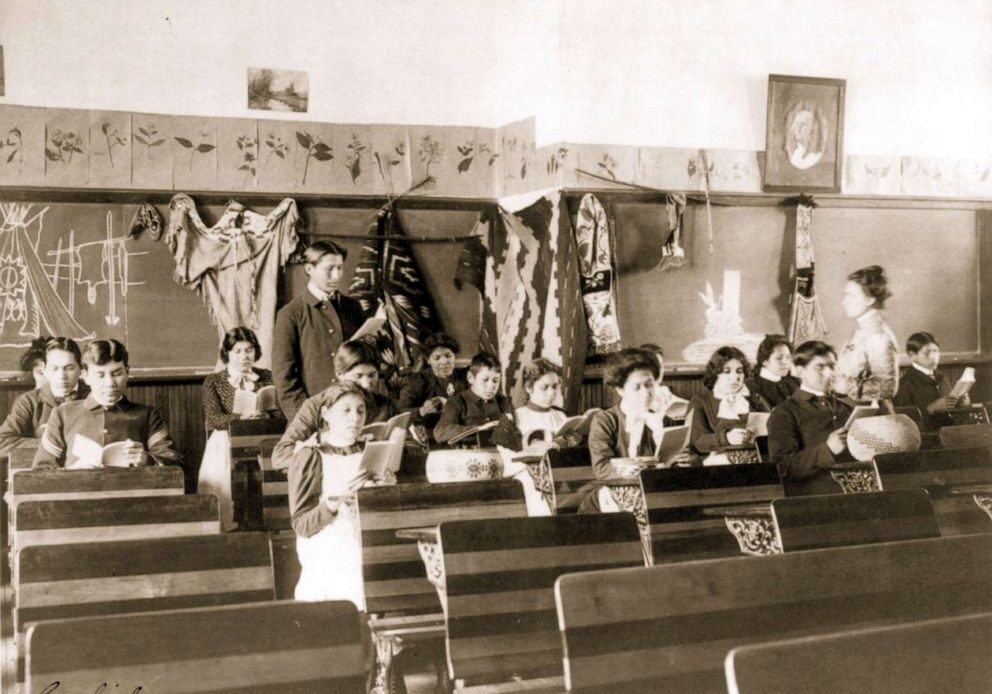 It’s been nearly half a year since Secretary Deb Haaland released the first report in the Interior Department’s investigation into the legacy and lasting trauma from Indian boarding schools.

For more than a century, from 1819 to the late 1960s, the federal government and some religious organizations took Indigenous children from their families, their land and forcibly assimilated them into White European culture.

Lajimodiere chronicled the experience of boarding school survivors in her book Stringing Rosaries.

“Their hair was immediately cut…some had kerosene put in their hair. And they said it burned…they were given uniforms,” Lajimodiere said. “They had to work half a day… in the kitchen, in the laundry room…work in the fields that they didn’t get paid for.”

For more than a decade, Lajimodiere has researched the number of schools that existed in the United States, something the government didn’t begin to do until last year.

The report released by the Interior Department found that more than 500 American Indian, Alaska Native and Native Hawaiian children died over the course of 150 years in the boarding schools. Scholars estimate the numbers could be much higher. Countless others were physically, mentally and emotionally abused as their language and cultural identities were forbidden by school staff, according to the investigation.

Haaland, the first Indigenous cabinet member, has been traveling around the country as part of the “Road to Healing Tour,” to meet with Indigenous communities.

“I want apologies. I want my language back. I want our land back. I want everything back,” an emotional Ruby Left Hand Bull Sanchez told Haaland during her stop at the Rosebud Sioux reservation last month.

Haaland, a member of the Laguna Pueblo, recounted her own family’s history with boarding schools.

“We all carry the trauma from that era in our hearts. My ancestors endured the horrors of the Indian boarding school…