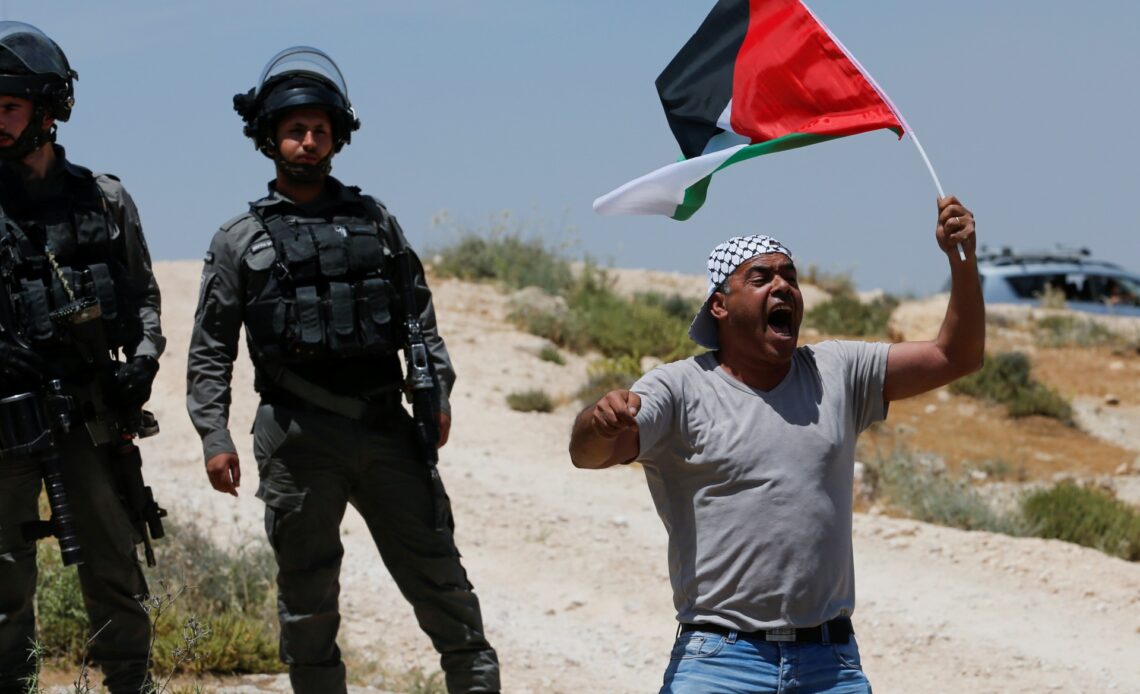 Locals and officials told Al Jazeera that the Israeli army had raided the area on Wednesday morning and demolished the school, located in the village of Isfey al-Fauqa.

“The Israeli occupation forces demolished a school while it was in session and students were inside,” the head of Masafer Yatta’s local council, Nidal Younis, told Al Jazeera.

“They used sound bombs to scare the children and get them out of the school,” he added.

The Israeli High Court of Justice revoked on Wednesday an interim injunction freezing a demolition order against the school, according to the Norwegian Refugee Council.

The Coordinator of Government Activities in the Territories – COGAT, the Israeli military body responsible for administrative affairs in the occupied West Bank – said it demolished a building built illegally in an area designated as a closed firing zone.

The institution was built about a month ago and had been operating for less than two weeks. It served 22 students from four different villages in Masafer Yatta, up to the fifth grade.

It is one of more than a dozen schools built across the occupied West Bank under a programme by the Palestinian Authority’s Ministry of Education with funding from the European Union, Fadi al-Umour, an activist from Masafer Yatta, told Al Jazeera.

All the schools built as part of this project are located in Area C – the 60 percent of the occupied West Bank under full Israeli military control – and are intended to challenge Israeli restrictions on Palestinian development there.

The European Union Delegation to the Palestinians said that it was “appalled by the news” of the demolition.

The Palestinian Ministry of Education condemned the demolition in a statement on Wednesday morning and described it as a “heinous crime”.

“It is an addition to the series of ongoing crimes by the occupation against the educational sector, and its targeting of children, students, educational cadres, and institutions [is] without regard for international charters and laws,” the statement continued, adding that such practices are “a flagrant violation of students’ right to safe and free education”.

The ministry said it had organised, just a day prior to the demolition, a visit by…