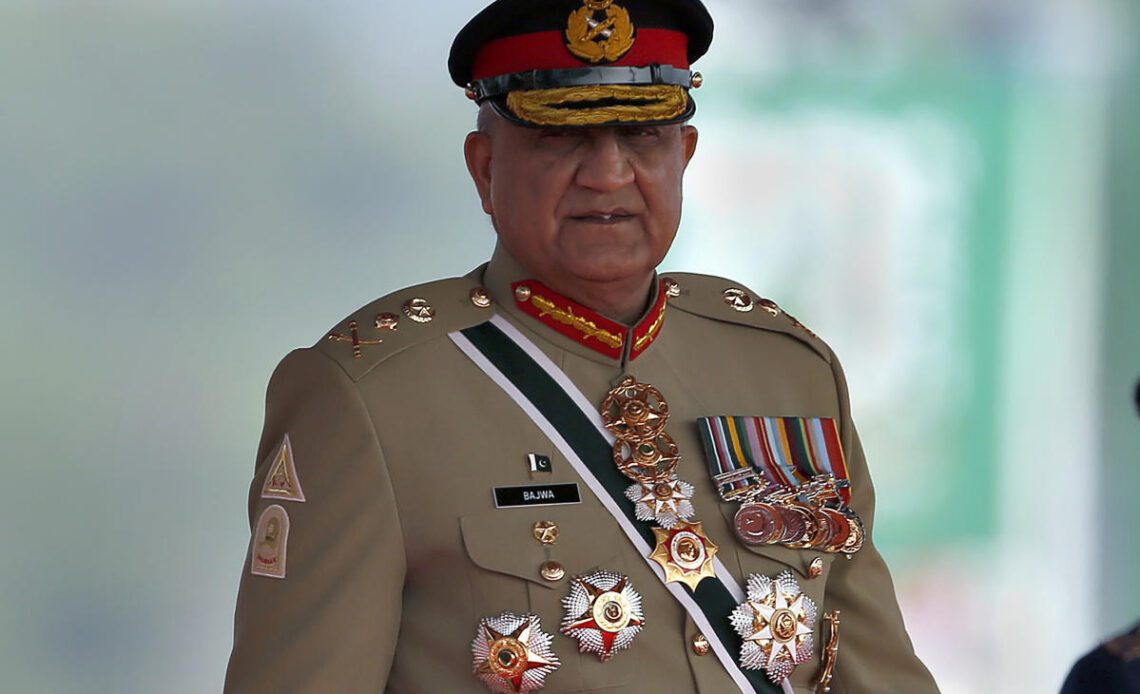 ISLAMABAD (AP) — Pakistani Prime Minister Shahbaz Sharif is poised to appoint a new army chief after receiving a list of candidates for the key position, officials said Wednesday, despite ongoing political turmoil in the country.

Pakistan’s army has historically wielded huge political influence and ruled the country for half of its 75-year history.

The latest move ended days of speculation about a deadlock between Sharif’s coalition government and the military over the replacement of Gen. Qamar Javed Bajwa, who is retiring early next week. His term had been extended by former premier Imran Khan in the face of growing tension with neighboring India.

Sharif ousted Khan in April through a no-confidence vote in Parliament, but tensions had surrounded Bajwa’s position after Khan hurled accusations at the army leader of conspiring with the U.S. to force his government’s resignation — a charge Washington, Sharif and the military have repeatedly denied as baseless.

In a televised address, outgoing army chief Bajwa addressed what he called the “false narrative” of Khan’s allegations, though without naming the former premier.

“If there was a foreign conspiracy, would we be sitting silently? It would be a big sin,” he said.

Bajwa said so far the military had showed restraint, but issued what appeared to be a veiled warning toward Khan, saying “keep it in mind that there is a limit to patience”.

There was no immediate comment from Khan’s party to the army chief’s remarks. Pakistani President Arif Alvi has hosted at least one meeting in the capital of Islamabad between the former premier and Bajwa to attempt a reconciliation between them.

Earlier Wednesday, Sharif’s office said on Twitter it had received a summary about the candidates for a new army chief from the Defense Ministry, which received the initial list of nominees. The military also tweeted it had nominated a list of six senior generals.

Khan has been pressuring Sharif to resign. The former cricket hero started a protest march from the eastern city of Lahore on Oct. 28 before surviving an assassination attempt this month that killed a by-stander and wounded 13 others.

Since then, Khan’s protest march has moved toward Islamabad in convoys without him.

The bitter political feud between Sharif and Khan comes as Pakistan struggles to deal with the aftermath of last summer’s devastating floods. Thousands are still living in makeshift homes following the record-shattering floods that killed…