Photos: Japan get late goals to beat Germany 2-1 at World Cup | In Pictures 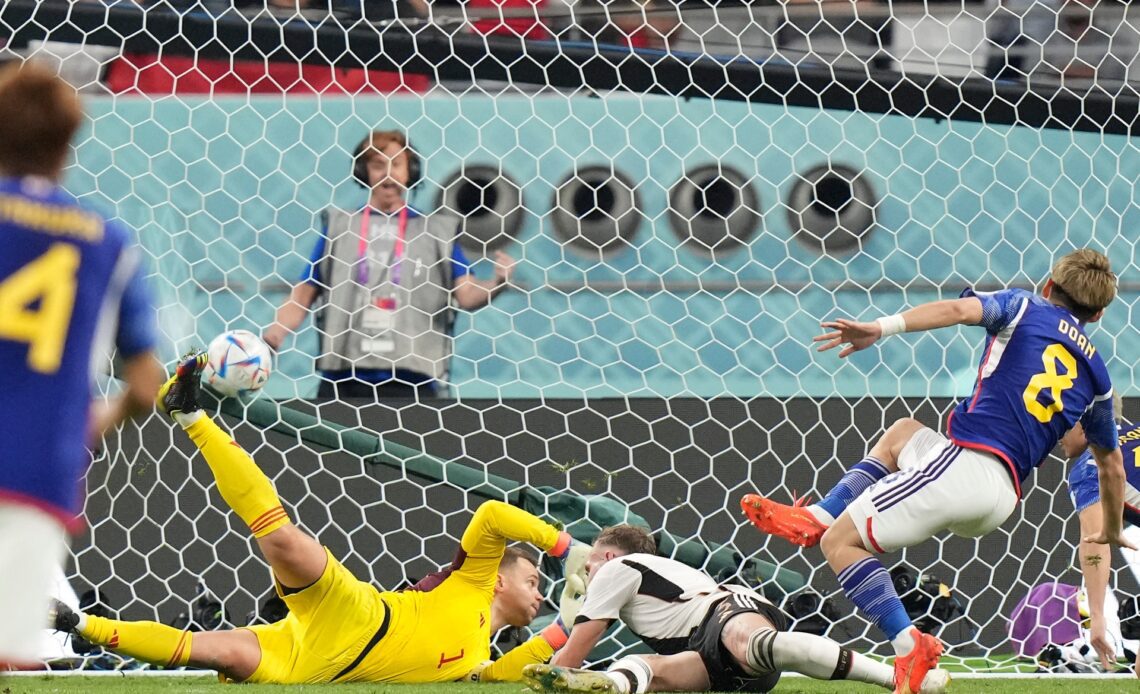 Substitutes Ritsu Doan and Takuma Asano scored late goals Wednesday to give Japan a come-from-behind 2-1 victory over Germany at the World Cup.

Ilkay Gundogan had given four-time champion Germany the lead with a first-half penalty. But Doan, who plays for German team Freiburg, pounced on a rebound to equalize in the 76th minute after Germany goalkeeper Manuel Neuer blocked a shot from Takumi Minamino.

Then Asano, who plays for German team Bochum, sprinted clear of Nico Schlotterbeck and beat Neuer from a narrow angle in the 83rd.

It was the first competitive meeting between the two nations.

Before the game, Germany’s players covered their mouths during the team photo in an apparent rebuke to FIFA following its decision to stop plans to wear armbands to protest discrimination in host nation Qatar.