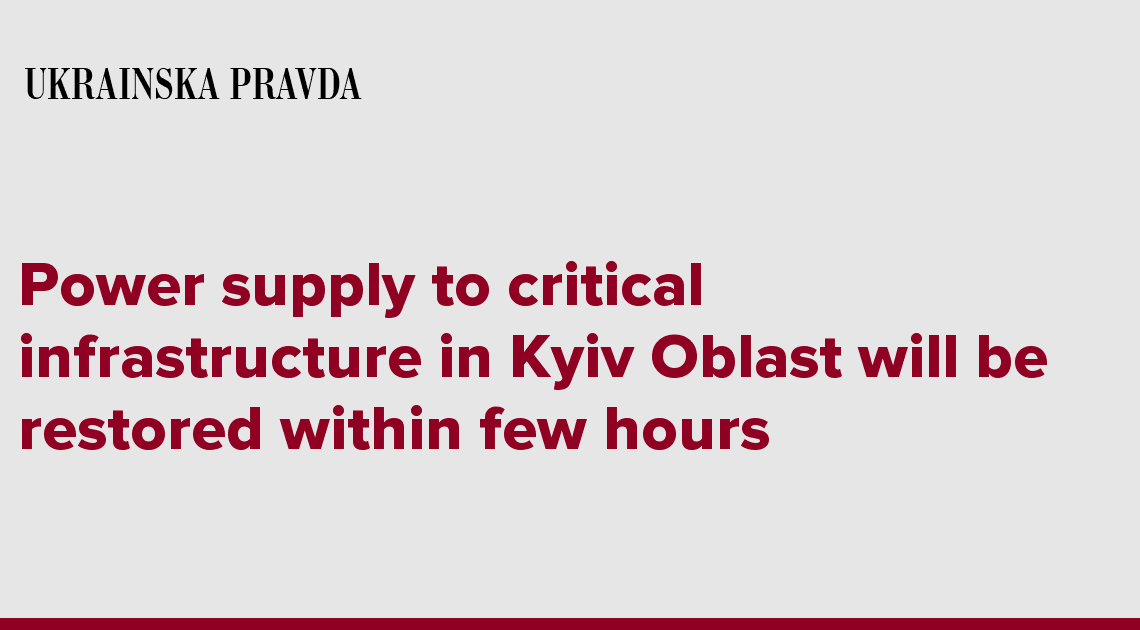 Power engineers have been restoring electrical grids after the massive Russian attack on the energy infrastructure in Ukraine. In a few hours’ time, critical infrastructures in Kyiv Oblast will be supplied with energy as well.

“Within the next few hours, we are expecting good news concerning the restoration of power supply to critical infrastructure facilities, and then power will gradually be restored to our cities as well”, Kuleba stated.

In addition to this, “invincibility centres” are opening throughout Ukraine. These are tents where local residents can charge their phones or get food or other things they need.

As for water supply, Kuleba noted that due to blackouts, some settlements have been left without water, but “work is already underway, the power system is being restored, and critical infrastructure, in particular water supply, will immediately be restored after that”.

A massive Russian attack on 23 November resulted in a temporary shutdown of all nuclear power plants in Ukraine, as well as of most thermal and hydroelectric power plants. Power transmission facilities were also damaged.

The control centre of Ukrenergo, the national energy company, has implemented emergency power outages throughout Ukraine due to the Russian attacks.