Priest of the Ukrainian Orthodox Church of Moscow Patriarchate about the Security Service of Ukraine searches: There were and are no weapons or sabotage and reconnaissance groups on the territory of the Lavra 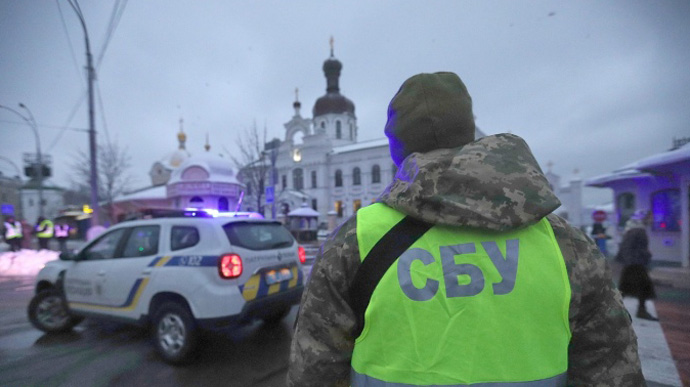 The Ukrainian Orthodox Church of Moscow Patriarchate believes that the results of the Security Service’s search of the Kyiv-Pechersk Lavra should make “baseless accusations against them” impossible.

Source: Head of the Information and Educational Department of the Ukrainian Orthodox Church of Moscow Patriarchate, Metropolitan Klyment

Quote: “I must clarify that the Security Service of Ukraine did not qualify yesterday’s actions on the territory of the Lavra as a search…

According to official reports, law enforcement agencies conducted security measures. In addition, their results should now make various baseless provocative statements about the monastery impossible. It was confirmed for everyone that there were no weapons or sabotage and reconnaissance groups on the territory of the Lavra.

The Ukrainian Orthodox Church has always carried out its mission within the legal framework, and understands the tasks assigned to law enforcement agencies in such a difficult time for the state.”

Details: Metropolitan Klyment has also denied the presence of pro-Russian literature on the territory of the Lavra.

“What kind of literature can be called pro-Russian, I think, the answer can only be given by a qualified expert. So far, there has been no such literature,” Klyment said.

When asked about the seized money, the priest said that there were approximately several thousand hryvnias in rubles, and other funds were “barely enough to pay the utility bill.”

“I have to disappoint the supporters of the theories about monastic wealth. These funds are barely enough for the monthly payment for utilities and other household expenses, not to mention the professional restoration work in the monasteries, which was discussed in the reports,” said the priest.

The Security Service of Ukraine also reported on suspicious persons who were on the territory of the Lavra. In particular, citizens of the Russian Federation and persons with Ukrainian documents that show signs of falsification. Klyment did not explain who these people were.

“I would like to note that the documents were checked not only for priests who live in monasteries permanently, but also for pilgrims and visitors to the Lavra who were temporarily staying on the territory of the monastery.

If there were any gross violations of the passport regime among those who live in monasteries, I am convinced that the Security Service of…