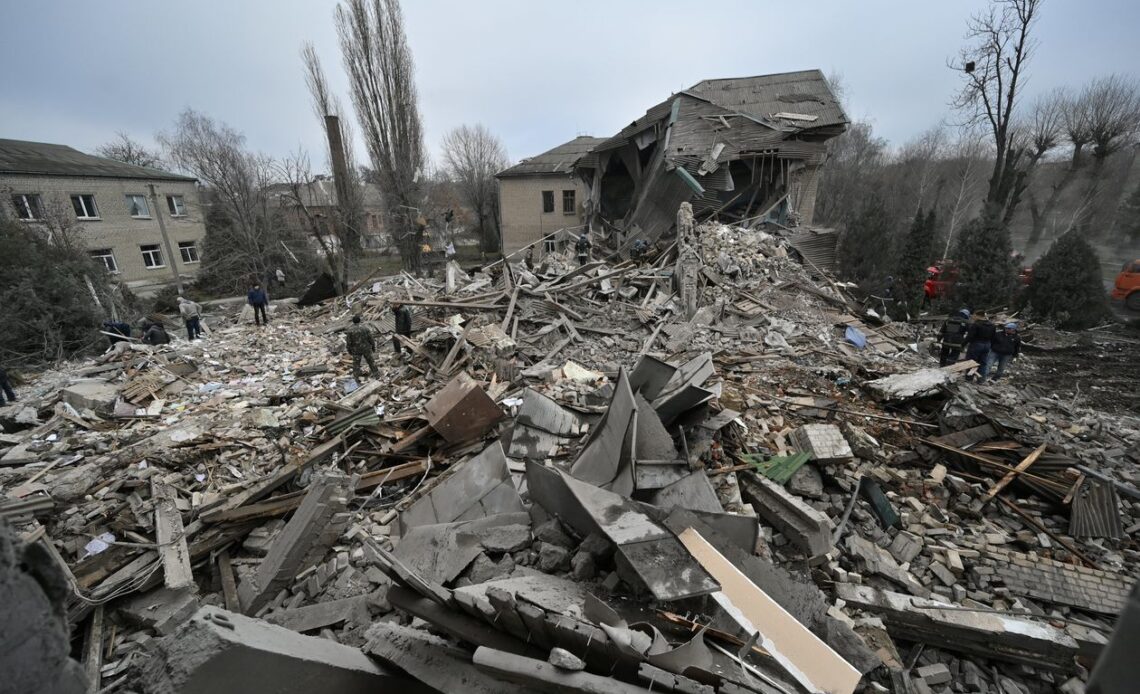 Russia unleashed one of its biggest barrages of missiles across Ukraine since the start of the war Wednesday, with strikes on critical infrastructure cutting off power and water supplies in the capital and several other cities, Ukrainian authorities said.

The strikes killed six people and wounded more than 30, officials said. Ukraine’s Ministry of Defense said about 70 Kalibr cruise missiles were launched mostly from Russian aircraft inside Russia and 51 were destroyed by Ukraine. Twelve cruise missiles were shot down in the Mykolaiv and Kherson regions, the ministry said.

said on Telegram that there was no electricity in some parts of the capital and that water supplies had been suspended.

Power outages forced authorities to temporarily shut down all three nuclear-power plants Ukraine currently controls, officials said, though there was no apparent damage to the facilities themselves. The International Atomic Energy Agency’s director general,

In Lviv in western Ukraine, the entire city was without electricity and trams were halted, according to Mayor Andriy Sadovyi. Ukrainian officials said power had also been cut in the cities of Odessa, Dnipro and Khmelnytskyi.

Ukrainian authorities opened up emergency shelters offering food and heating in different parts of the country, the president’s office said.

“Russia must be isolated at all levels and held accountable in order to end its longstanding policy of terrorism in Ukraine and across the globe,” said President