Trump allies shed fear of former boss as they eye 2024 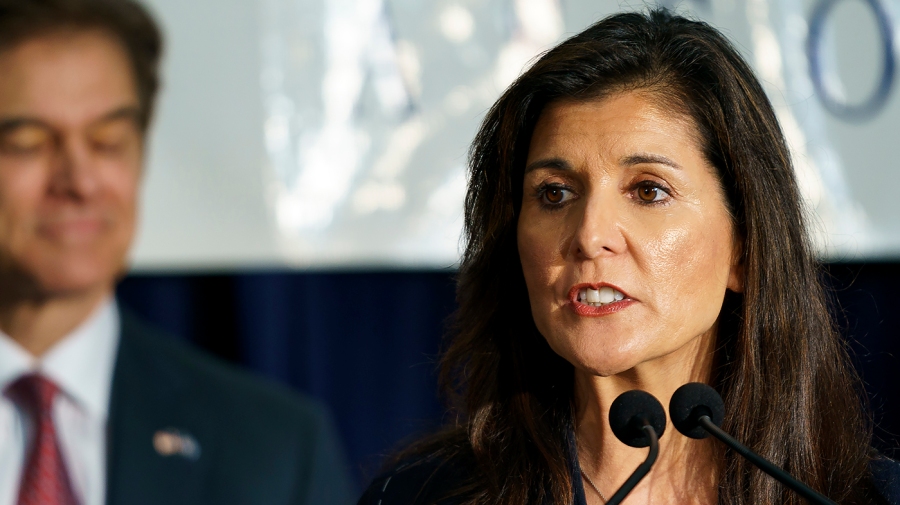 Former Vice President Mike Pence inspired memes and mockery at times with his devotion to former President Trump during their four years in the White House together. But last week, Pence told a town hall of voters there will be better candidates than Trump in 2024.

Nikki Haley, Trump’s former ambassador to the United Nations, told reporters last year she would stay out of the 2024 presidential primary if Trump ran. But in Las Vegas over the weekend, Haley was calling for a new wave of leadership for the GOP.

Nikki Haley gives remarks during an event for then-Republican Pennsylvania Senate candidate Dr. Mehmet Oz as he receives an endorsement from the Pennsylvania State Troopers Association in Harrisburg, Pa., on Wednesday, October 26, 2022.

In his own Las Vegas speech, former Secretary of State Mike Pompeo recounted a Washington Post story describing him as Trump’s most loyal Cabinet member. But in that same speech, Pompeo argued the party needed to move beyond “celebrity and personality” to win elections.

After Trump spent four years demanding unrelenting allegiance from his subordinates, fear of the old boss may no longer be a factor as the former chief executive’s onetime allies weigh becoming his future rivals.

“At this point, you can’t run for the Republican nomination without running through Trump,” said Alex Conant, who worked on Sen. Marco Rubio’s (R-Fla.) presidential campaign in 2016.

“Whether it’s testing the waters or taking a first step toward an actual campaign, they have to make clear they’re not going to be deferential to the former president,” Conant said. “If you’re interested in running for president, a key litmus test for any viable candidate is can you take on Trump.”

The former president may be at his most politically vulnerable point since he left the White House in the wake of this month’s underwhelming midterm results for Republicans. The disappointment was driven largely by losses by Trump’s hand-picked candidates in Senate and gubernatorial races in Pennsylvania and Arizona as well as governor’s races in Wisconsin and Michigan.

A Marist poll conducted after the midterm elections found 54 percent of Republicans and Republican-leaning independents believe Trump is not the best candidate for the party to take back the White House in 2024, compared to 35 percent who…