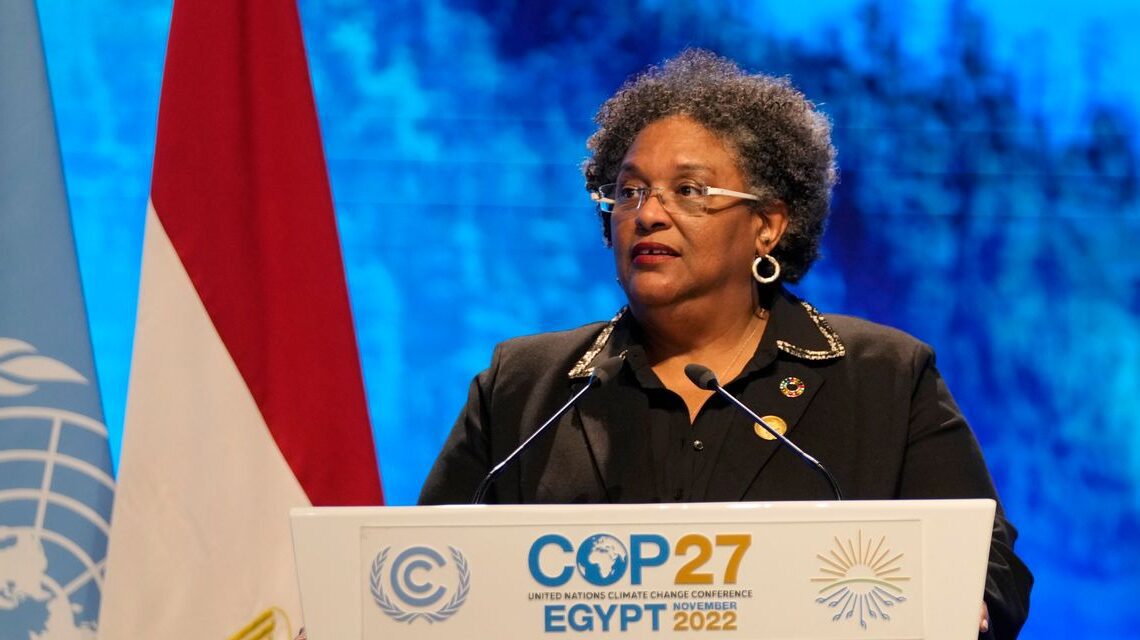 The effort, which comes as poor nations suffer economic difficulties amplified by the war in Ukraine, gained momentum during the COP 27 climate summit this month. Nations agreed there to set up a fund that would pay for climate-related damage in countries deemed particularly vulnerable.

Supporters say rich nations need to overhaul their development banks so they can provide funds at below-market—or “concessional”—rates to developing nations to pay for clean energy projects and infrastructure. Such efforts could expand lending safely by as much as $1 trillion, they say.

“We need a surge of concessional financing,” French President

said in a speech during the conference.

Mr. Macron is among the leaders backing the so-called Bridgetown Initiative championed by Barbados Prime Minister

The initiative calls for more aggressive use of financial resources at the World Bank and the International Monetary Fund to expand lending to low and mid-income countries by $1 trillion.

Separately, a panel convened by Group of 20 major economies made recommendations in July aimed at increasing the banks’ lending by “several hundreds of billions of dollars over the medium term” through a more efficient use of their balance sheets, including raising risk tolerance.

The proposals don’t specifically call for a fresh infusion of traditional capital from rich nations. Rather, they rely on leveraging existing capital and using financial instruments including the IMF’s special drawing rights, an international reserve asset that countries can use to lend funds at low rates. Other tools such as loan guarantees and securitization of projects are also under discussion.

Analysts at Moody’s Investors Service, a credit-rating company, said in a November report they expected the banks to adopt most, if not all, of the G-20 panel’s recommendations, which have broad support of the Biden White House and administrations of other big economies.

said the bank plans to issue…