$25 million auction of T. rex skeleton called off at the last minute over replica bone controversy 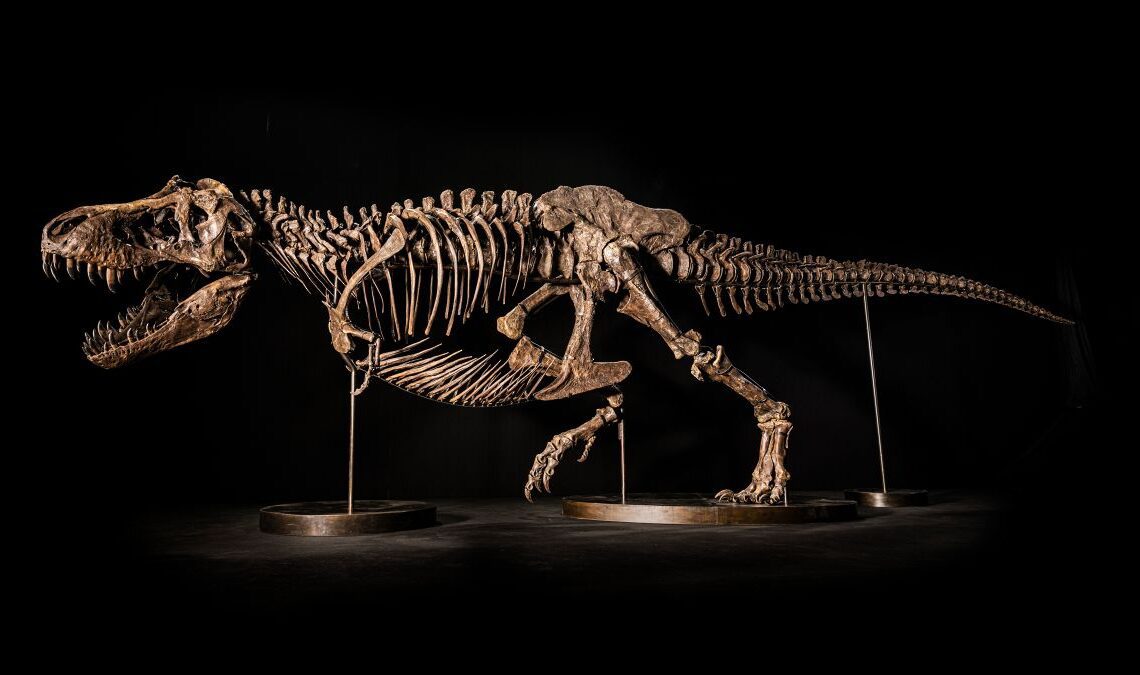 The sale of a Tyrannosaurus rex skeleton, which was expected to fetch up to $25 million, has been controversially called off shortly before the behemoth’s bones were due to hit the auction block. The cancellation comes after experts raised concerns that a significant proportion of the bones are actually replicas from another famous T. rex skeleton, which was not disclosed by the auction house.

However, paleontologists noticed that a number of Shen’s bones were remarkably similar to another famous T. rex skeleton, known as Stan, The New York Times (opens in new tab) reported. In 2020, Stan was auctioned by Christie’s in New York for a whopping $32 million, making it the most expensive T. rex skeleton of all time.

After mounting criticism, Christie’s announced on Nov. 20 that it was pulling Shen from the upcoming auction just 10 days before it was due to go under the hammer, saying that the specimen would “benefit from further study,” The New York Times reported.

Related: Maximus, ‘one of the best’ T. rex skulls on record, could fetch $20 million at auction

The similarities between Shen and Stan were first spotted by paleontologists from the Black Hills Institute of Geological Research (BHIGR) — the South Dakota-based fossil company that excavated Stan in 1992 and later reassembled its skeleton. The most noticeable similarity between the two skeletons is a large hole in the lower left jaws, which was unique to Stan, BHIGR (opens in new tab) president Peter Larson told the New York times.

Despite selling Stan in 2020, BHIGR retained the intellectual property of the famous skeleton and has been using the copyright to create and sell painted polyurethane casts of the skeleton, which are currently priced at up to $120,000 each. (One of these casts was sold to Dwayne “The Rock” Johnson, which sparked…