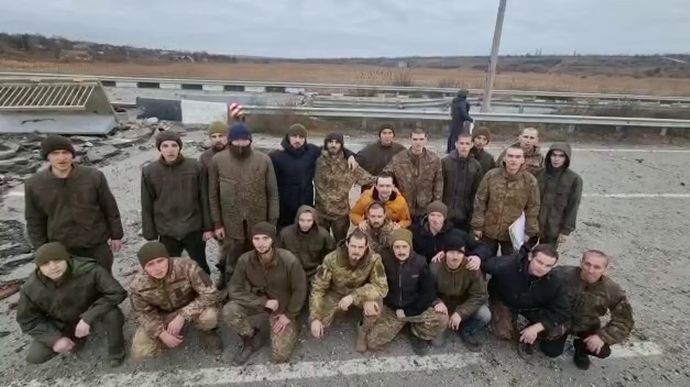 50 Ukrainian soldiers were brought back from Russian captivity on 24 November, including 12 defenders of Mariupol and prisoners from Zmiinyi (Snake Island) and the Chornobyl nuclear power plant.

Source: Andrii Yermak, Head of the Office of the President of Ukraine, on Telegram

Quote: “We have managed to bring back 50 Ukrainian soldiers from Russian captivity: 20 National Guardsmen, 12 Navy servicemen, 10 soldiers from the Armed Forces of Ukraine, 6 from the State Border Guard Service of Ukraine, and 2 from the Territorial Defence Forces.

There are two officers and 48 privates and sergeants.”

Details: Yermak said 19 defenders of Mariupol had been brought back, 12 of whom were evacuated from Azovstal, as well as 15 people who were taken prisoner at the Chornobyl nuclear power plant and 7 from Zmiinyi Island.