Artemis 1’s solar-sailing asteroid probe may be in trouble 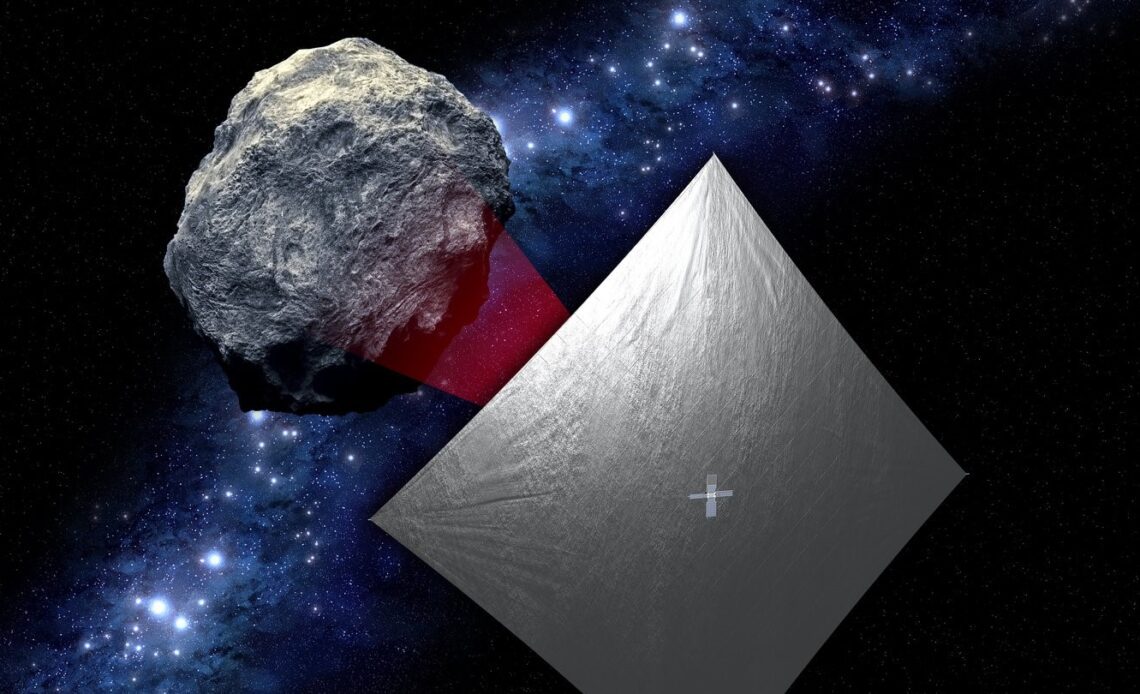 Near-Earth Asteroid (NEA) Scout was one of 10 cubesats that hitched a ride to space on NASA’s Artemis 1 mission, which launched on Nov. 16. The spacecraft was designed to sail on sunlight to fly past a small asteroid dubbed 2020 GE about a year from now. But something seems to have gone wrong after the cubesat deployed.

In particular, NEA Scout personnel are hoping that the spacecraft’s unusual propulsion strategy could help them track down the cubesat. Packed into the small satellite was a reflective, silvery solar sail that unfolds to 924 square feet (86 square meters) — larger than a racquetball court, according to NASA.

Had everything gone smoothly, NEA Scout planned to deploy its sail in early December, according to a NASA spokesperson, then use the solar radiation hitting it to reach the asteroid. Instead, despite not having heard from the spacecraft, NASA personnel broadcast a command for “an emergency solar sail deployment” twice on Monday (Nov. 21) in hopes that the highly visible sail could help them find the cubesat.

“If the spacecraft is listening and successfully opened its sail, it could be seen from telescopes on Earth,” NASA officials wrote. “Several ground-based observatories are attempting to look for NEA Scout and share data, which will be invaluable in helping determine the spacecraft’s status.”

NEA Scout isn’t the only cubesat from last week’s Artemis 1 launch to struggle. For example, OMOTENASHI, a tiny Japanese lunar lander, missed its date with the moon and another NASA cubesat, LunaH-Map, missed a crucial engine fire as it flew past the moon on Monday. The agency added the cubesats to Artemis 1 knowing that the small missions carried higher risk than larger spacecraft with more redundancy and durability built into the design.

Other cubesats that launched last week seem to be doing better. An Italian cubesat called ArgoMoon is successfully sending home stunning photos of the moon and of Earth, and a second Japanese mission, called…