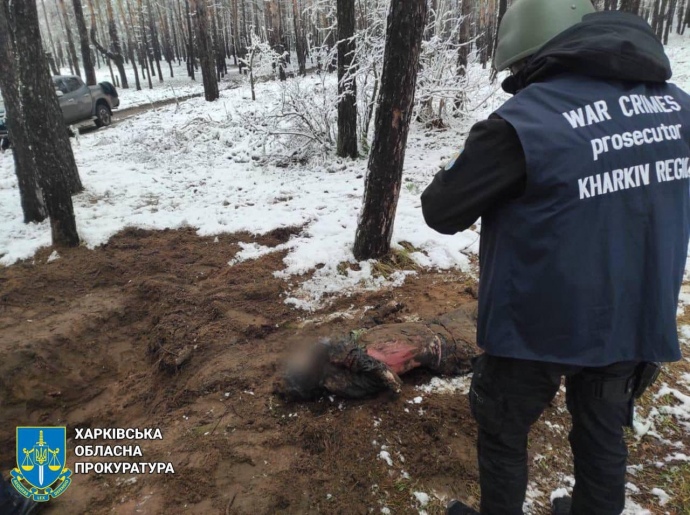 Law enforcement officers have found the bodies of two men in the Kupiansk district of Kharkiv Oblast. Preliminary investigations indicate that they were shot by Russian servicemen.

Quote: “On 24 November, prosecutors together with National Police investigators found the bodies of two local residents, men aged 28 and 39, near a strip of forest in the village of Podoly, Kupiansk district.”

Details: The preliminary investigation indicates that the men were shot by the Russian military in mid-September, when the village was occupied by Russians.

According to the Prosecutor General’s Office, fellow villagers saw the men’s car stalled near the Russian checkpoint, after which they were shot by volleys of automatic gunfire.

It was reported that the victims had gunshot wounds to the body and head.

The law enforcement officers have started a pre-trial investigation under part 2 of Art. 438 (violation of the laws and customs of war, combined with intentional murder) of the Criminal Code of Ukraine. The bodies have now been sent for forensic examinations.