Canada is leading the way on health care for astronauts — to be used here on Earth, too 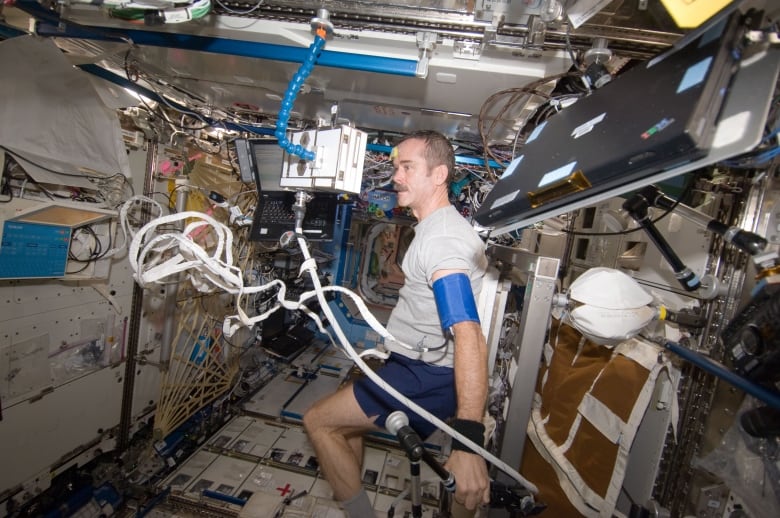 As humans once again begin our foray back to the moon, there are some very serious questions about how to ensure we can do so safely.

After all, space is dangerous. Very dangerous. There’s the threat your rocket could blow up, or there could be a problem with your spacecraft. There’s also a risk of space debris or meteoroids.

But the biggest threat is to our health.

Our bodies were designed for Earth: its gravity, its air, its atmosphere. There’s none of that in space, plus deadly space radiation to consider.

That’s why the Canadian Space Agency (CSA) is working to develop technology to be used in space to help astronauts stay as safe as they possibly can as part of its Health Beyond Initiative. But the bonus? That technology is first being developed for those of us living here on Earth.

One of the initiatives by the CSA is being done together with Impact Canada (a government-wide effort to fund innovation). Called the Deep Space Healthcare Challenge, it is a competition open to companies who want to develop new diagnostic and detection technologies that will be used in remote communities in Canada and for astronauts as they head out on deep space missions to the moon and eventually, Mars.

“We’re thinking of when astronauts spend a longer period of time on the moon and get ready to go to Mars they will need to increase their capacity to take care of their own health, to be self-reliant, when it comes to health care,” said Annie Martin, the Health Beyond portfolio manager at the CSA.

“But as we get ready for those missions, we’re looking to apply what we’re learning, what we’re developing for Canadians, improving access to health care, and more specifically, we think of medically isolated communities. So, communities in the north, rural locations, Indigenous communities, military deployment, disaster management, rescue teams, and so on.”

Some people might wonder about what space exploration does for us here at home, but there are numerous things that have come out of humans living and working in space — what space agencies call spin-offs. Some more notable ones include heart-rate monitors, sensors used in DSLR cameras, a bone analyzer used to monitor those with osteoporosis and things like memory foam and cordless vacuums.

Even the technology for the Canadarm is used in brain, heart and…