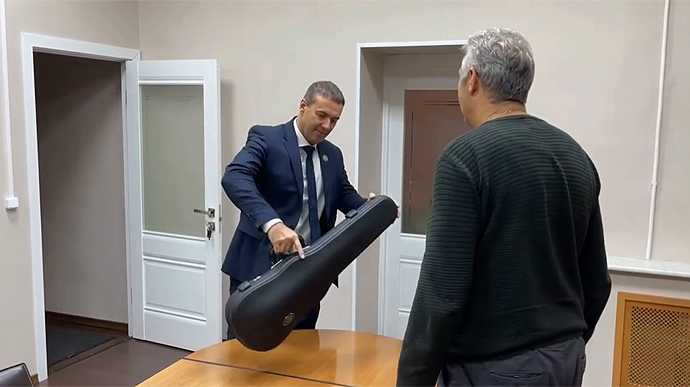 Yevgeny Prigozhin, the Chief of the Wagner Group [a Russian private military company, loyal to the government – ed.], has proposed to hand over a sledgehammer with fake blood stains to the European Parliament in response to a possible recognition of his group as a terrorist organisation. The “Wagners” representative has already given the sledgehammer to propagandist bloggers.

Details: On 22 November, when Politico news outlet reported that members of the EU Parliament wanted to list the Wagner Group as a terrorist organisation, Concord’s press service posted Prigozhin’s comment on this matter on VKontakte and Telegram.

Quote from Prigozhin: “Today, I held a meeting of commanders of the Wagner Group and informed them of this sad news. I do not know by which law the EU Parliament is governed, but we declare the EU Parliament to be dissolved starting today by our law. But before this procedure enters into force, I have been instructed to submit an information briefcase to the EU Parliament. If you have their contacts, I am proposing to do this together, to prepare and send it.”

Details: Later, Concord has invited the media outlets and bloggers “to take part in sending an information briefcase to the EU Parliament”.

Prigozhin’s press service stated on the evening of 23 November that “the information briefcase is given to a representative of CYBER FRONT Z in order to be sent to the EU Parliament”. 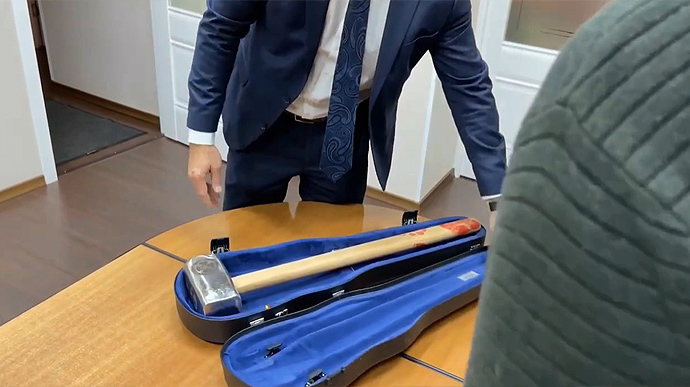 A video showing the transfer of this so-called briefcase appeared in Russian Telegram channels; there was the “blood-stained” sledgehammer in the violin case.

The channels have reported that Prigozhin’s lawyer has brought the briefcase with the sledgehammer to a meeting with bloggers who call themselves “Russia’s information troops”.

Why this is important: Yevgeny Nuzhin, a former inmate who was recruited by the Wagner Group and sent to the war in Ukraine, where he surrendered, was murdered exactly with a sledgehammer. According to the media, he went back to Russia as a result of a prisoner swap, and he was executed there by having his head smashed in with a sledgehammer.

Atrocities of the Wagner Group is a long-known fact. Prigozhin’s mercenaries have been using murders with…