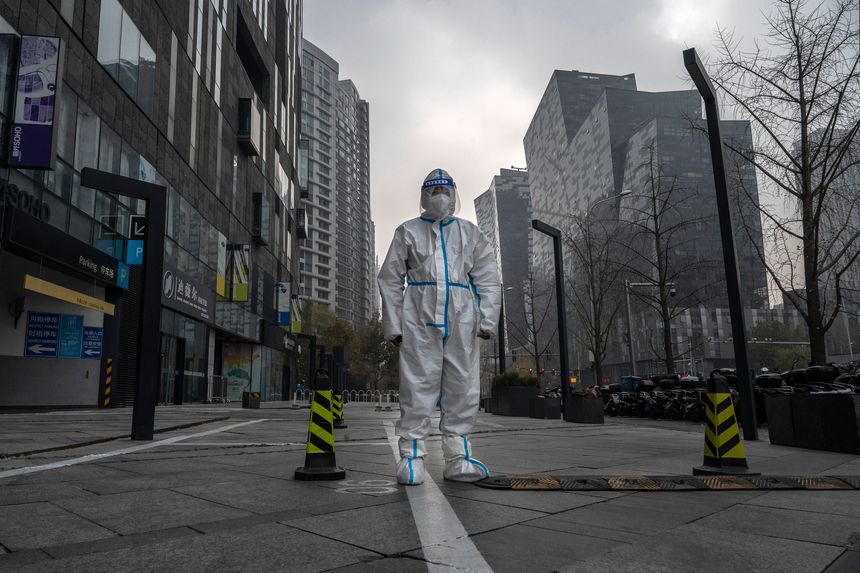 Remember when China’s handling of Covid-19 was supposed to be a global model? Western public-health sages looked fondly on Beijing’s zero-Covid policy as an alternative to America’s messy democratic decision to live with the virus after the disastrous initial lockdowns. Well, so much for that.

As the third anniversary of the Covid outbreak nears, China is reporting record infections. The daily highs are surpassing April’s surge in Shanghai, which shut down for two months. Outbreaks are occurring across China, and cities are again imposing lockdowns.

the Japanese brokerage, estimates that more than a fifth of the country is under restricted movement.

The latest breakout was inevitable in a large continental nation given the increasing transmissibility of the virus as it mutates. China’s particular problem is that its draconian zero-Covid policy has left its people less protected with either vaccine or natural immunity. For nationalist reasons, the Communist Party refused to accept Western vaccines that are more effective than China’s homegrown shots. Long lockdowns mean fewer people have been exposed to the virus and developed natural immunity as they have in the rest of the world.

China’s aging population is especially vulnerable, since the country lacks the hospital capacity and ICU beds to deal with widespread serious illness. By one estimate a full reopening could lead to 5.8 million intensive-care admissions in a country with fewer than four ICU beds per 100,000 people. The designs of China’s rulers are opaque, but this may explain the Party’s dogged insistence in sticking with zero-Covid despite the global evidence that lockdowns merely delay the spread of disease while doing great economic and social harm.