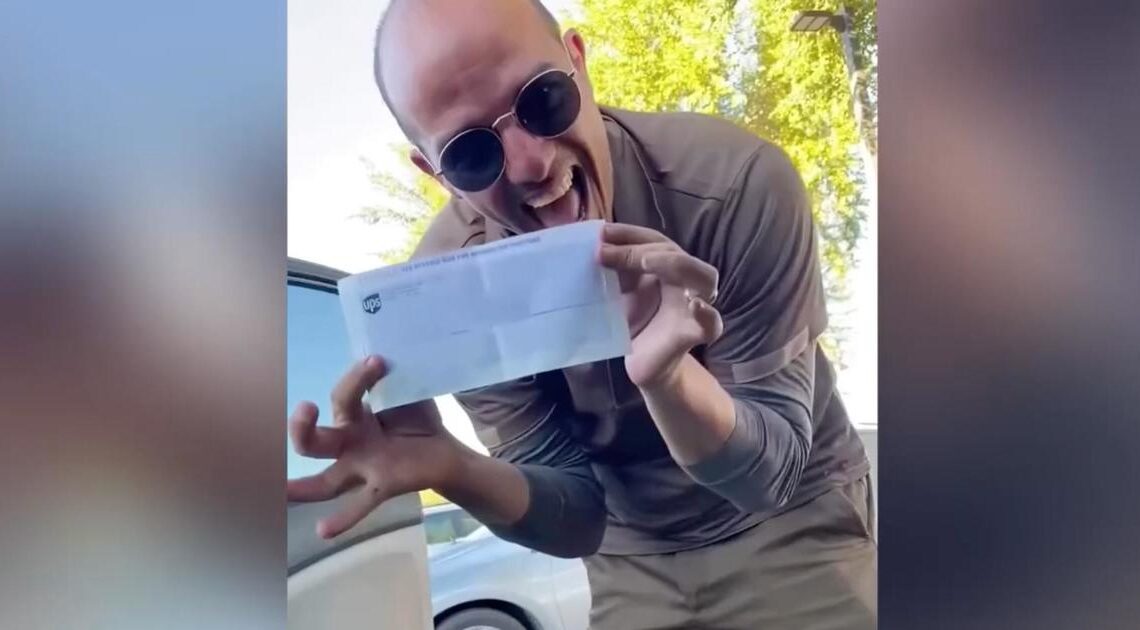 A UPS driver went viral after his wife filmed him opening his first paycheck in the United States. Yoel Diaz told CBS News he was so excited because he could barely fill his refrigerator before immigrating from Cuba.

He said sometimes he only had two things in it: “Water, water, water, five, ten eggs, water.”

Now, he lives in Phoenix, Arizona, and his fridge is full. With the holidays coming, he told CBS News he’s “grateful” to be in the U.S.

“I know it’s difficult,” he said. “I know because you need a job. You need to work, it’s hard…but in the end, you go to your home, you have food.”

The endearing video of him showing off his first paycheck has millions of views, with his “American dream” moment resonating with both Americans and immigrants alike. His wife, Marissa Diaz, who has been documenting his journey on social media, recorded the video.

“This is my first hourly paycheck that I feel every hour counted,” he said in the video. “That every hour of work has importance in my life and that I know I can work hard for something. I can’t compare that emotion with anything. Because I never had that in my country.”

“When you have this for the first time, your head explodes and say, ‘Wow, it’s beautiful,'” he said.

Before he came to the U.S. in 2021, Diaz was a computer science teacher in Cuba, earning $12 a month. He lamented how far ahead the U.S. was in the field.

Diaz met his wife, who is Cuban-American, when they were young and still living in Cuba. She’d often tell him about the realities outside of Cuba, which she believed was held back by its Communist party. They eventually married and were faced with a decision: stay or go to the U.S.

Diaz said he told his wife: “We want a future, we want a family… wherever you go I go.”

He came to America on a K-1 visa, and when he received his work permit, he applied for a job at UPS. The company told CBS News he started in late October and has been making deliveries since.

The CEO of UPS even sent him a letter and care box.

“This story really warms our hearts, and we are happy to have Yoel on our team,” a UPS spokesperson said in a statement.

Diaz is making more than he ever did in Cuba, but it’s about more than that for him.

“I never had this much money in my hands from my effort, from my sweat, and it hurts that millions in my country and other countries can’t have that,” he said….