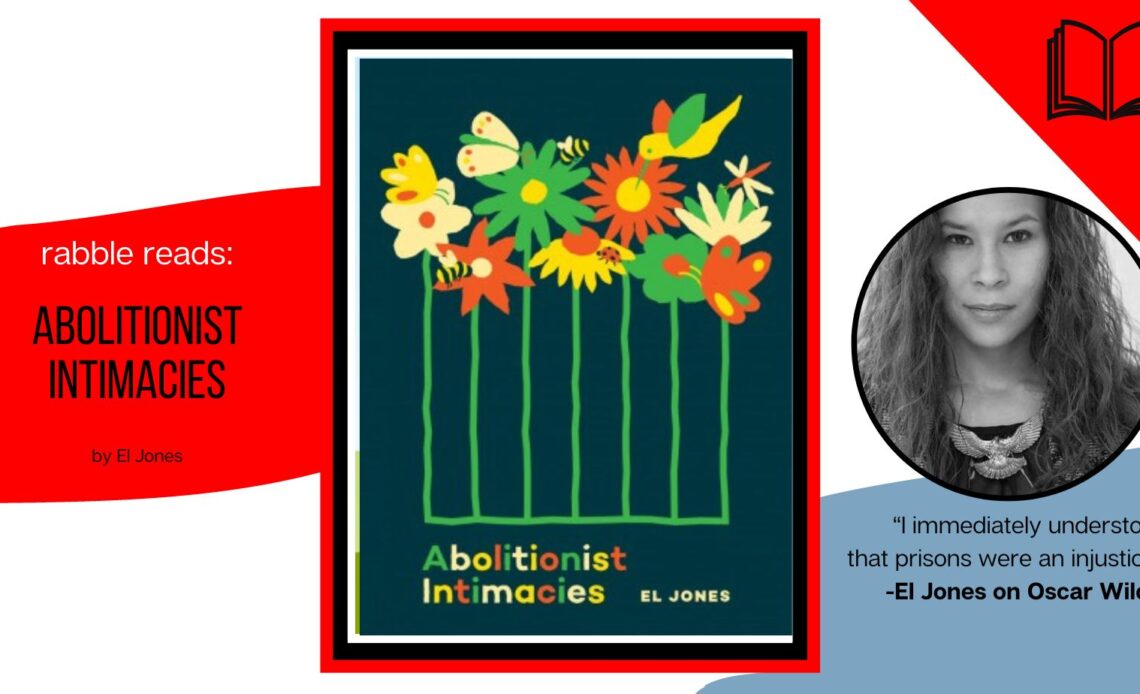 El Jones never stops when it comes to fighting for those without a voice.

In her new book, Abolitionist Intimacies, the professor, author, poet, and social justice leader takes readers behind the bars and into the minds of those who are suffering from human rights violations inside Canadian prisons.

A conduit to the public for individuals being silenced, Jones relies on her decade of experience working with incarcerated people and their loved ones to showcase the humanity of her subjects.

Abolitionist Intimacies is an act of resistance and mutual aid — a book about love and the complexity of relationships interrupted by the criminal justice system.

While the name Abolitionist Intimacies might sound academic, Jones says it all comes back to two things: freedom and love.

Ahead of her official book launch, Jones told rabble.ca the title stems from the basic idea “that the state abuses our intimacy,” pointing to strict requirements for visits and unauthorized strip searches as just two examples of abuses of carceral intimacy.

Jones first opened up to the idea of abolition as a young girl. At 13, Jones writes about discovering the writings of famous poet Oscar Wilde, who was sentenced to two years in prison in 1895 for homosexual relations.

“I immediately understood that prisons were an injustice,” she said. “It just really spoke to me.”

As Jones became a decolonial thinker and put together the pieces of colonization and race, the lessons she learned helped inform her storytelling when it comes to “documenting what’s taking place in prison… with some kind of care for people’s stories.”

“A lot of the book is over the phone,” Jones explained. “Most of these people, you’re not seeing face-to-face. You may never meet. Obviously, we do see each other in freedom eventually, but a lot of the relationship is over a prison phone.”

Ultimately, Abolitionist Intimacies reflects those personal conversations that are so rare between the “inside” and the “outside.”

Jones noted that it’s easy for those outside of the criminal justice system to become normalized to terrible and unjust things that they’re mostly powerless against. But, she added,…