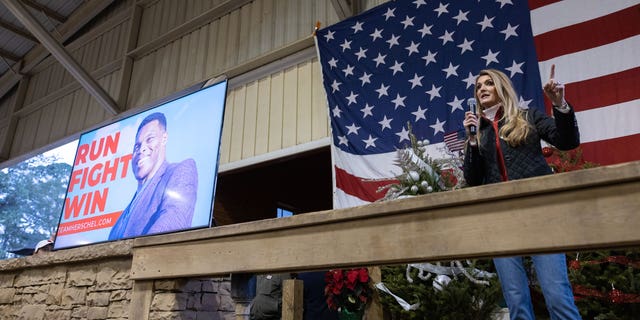 In an exclusive interview with Fox News Digital following a Walker campaign rally in Milton, Georgia, Loeffler, who narrowly lost to Warnock in her own runoff election in January 2021, emphasized that turnout will be key to propel Walker to victory, and she touted his performance on Election Day despite the massive advantage in spending by Democrats on the race.

“I’m all in for Herschel. Herschel has been working so hard. He’s going to stand up and defend our Georgia values, our American values. He’s working every day, so I’m right there alongside of him making sure that we get the vote out,” Loeffler said when asked why she decided to get back out on the campaign trail to stump for Walker.

Loeffler said that every election is about turnout, but that it is particularly important in runoff elections. She then pointed to the size of the crowd at the Walker rally, which numbered close to 300 supporters, and noted it was a good sign to see such numbers during Thanksgiving week.

“That’s what it’s going to take, really strong turnout because, look, Herschel Walker got outspent by over $70 million and there’s only a 35,000 vote difference in a state of 7 and a half million registered voters. So, it is vital that turnout is ours this time,” she said.

Loeffler dismissed any potential challenges that former President Donald Trump’s announcement that he would be a candidate for president in 2024 would pose for Walker in the race, considering Trump’s underwater favorability ratings in the state.

“Look, when I’m out with Georgians every day talking to them, they’re about what’s going on around the kitchen table, the impact on their lives, the out-of-control spending in Washington, the woke indoctrination…