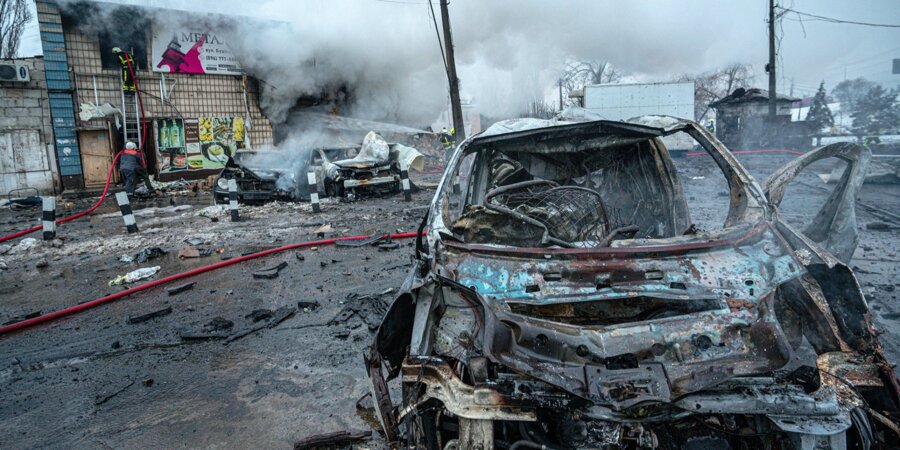 The Group of 7 Ambassadors’ Support Group for Ukraine has condemned recent Russia’s attacks on Ukraine’s cities and energy system, the diplomats wrote on Nov. 23.

“G7 ambassadors in Kyiv are appalled by Russia’s ongoing attacks on Ukraine’s energy system in the nine months long full-scale aggression Russia is waging against Ukraine,” the diplomats said in a tweet.

“We stand with the Ukrainian people, sharing their grief over innocent lives lost and facing a lack of water and light together with them.”

Russia launched another massive missile attack on Ukrainian cities on Nov. 23. Civilian facilities were hit in the capital city of Kyiv and Kyiv Oblast.

The Ukrainian Air Force said the barrage consisted of 67 cruise missiles, of which 51 were intercepted by air defenses.

Emergency blackouts were introduced throughout the country. Many regions are still without power and water supplies.