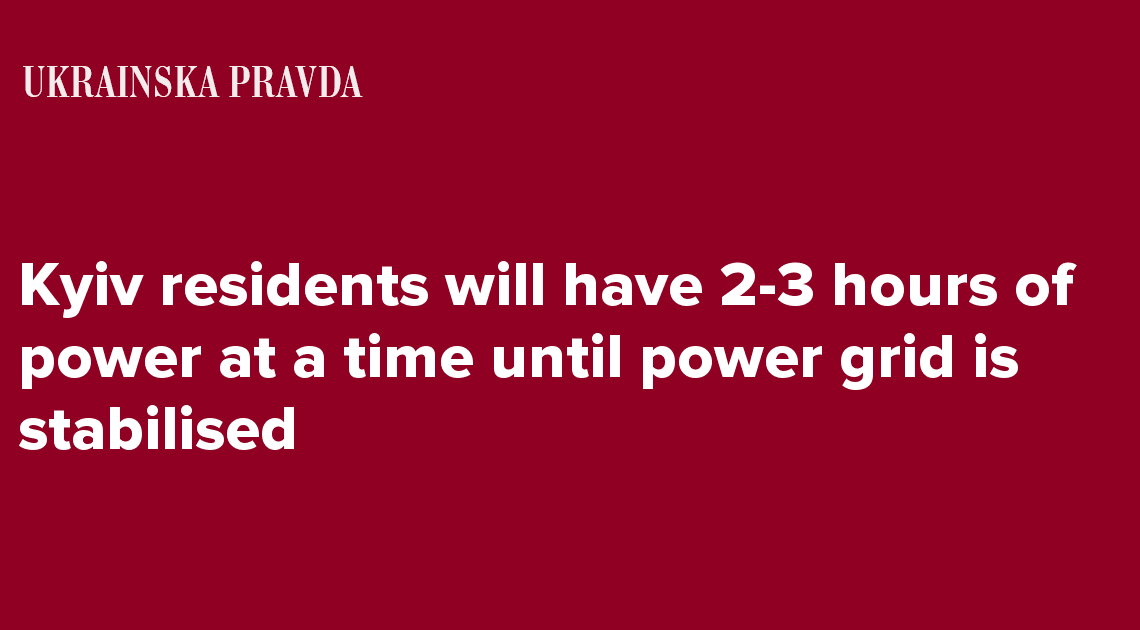 Kyiv households will have two to three hours of power at a time until the volume of power generated for Ukraine’s capital increases substantially.

Details: Starukh said that 30% of Kyiv households currently have power.

“We will switch power on and off, so that households have power for 2-3 hours at a time, until the volume of energy supplied to Kyiv increases,” he added.

After Ukraine’s energy system is stabilised, DTEK plans to resume the schedule of rolling blackouts that was in use prior to the Russian attack on 23 November.

Previously: As of 17:20 on 24 November, 70% of Kyiv households remain in an emergency blackout. The supply of water has been restored in all of Kyiv’s districts.