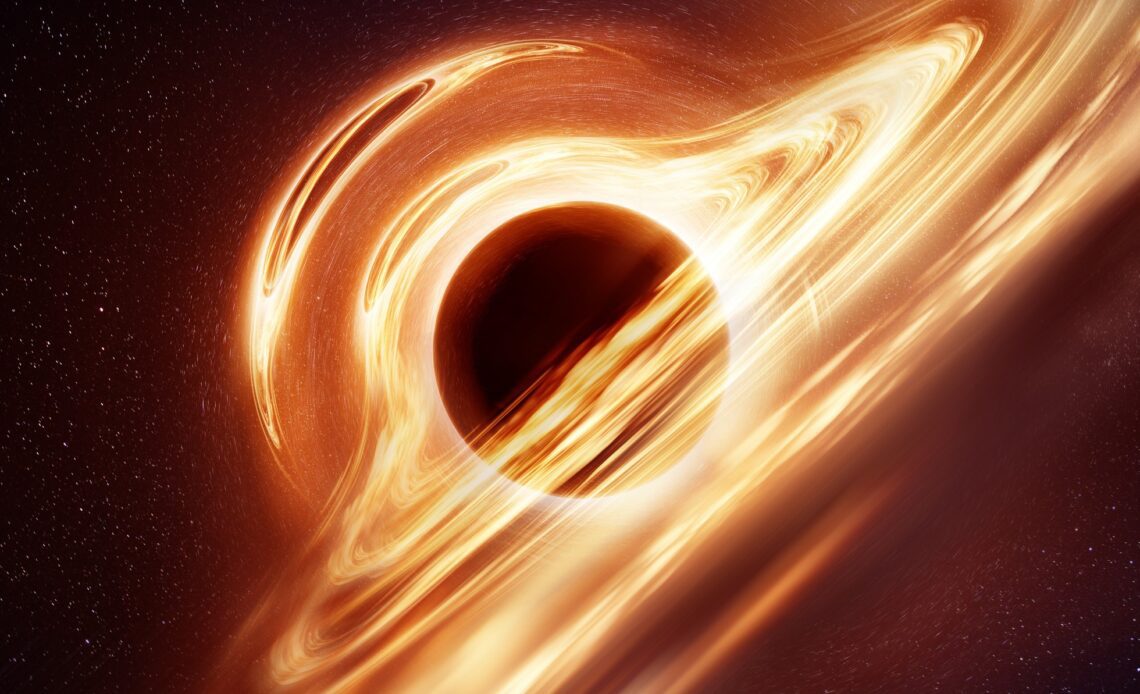 Scientists have created a lab-grown black hole analog to test one of Stephen Hawking’s most famous theories — and it behaves just how he predicted.

The experiment, created by using a single-file chain of atoms to simulate the event horizon of a black hole, has added further evidence to Hawking’s theory that black holes should emit a faint glow of radiation from virtual light particles randomly popping into existence near their boundaries. What’s more, the researchers found that most of the light particles, or photons, should be produced around the cosmic monsters’ edges. The team published their findings Nov. 8 in the journal Physical Review Research.

According to quantum field theory, there is no such thing as an empty vacuum. Space is instead teeming with tiny vibrations that, if imbued with enough energy, randomly burst into virtual particles — particle-antiparticle pairs that almost immediately annihilate each other, producing light. In 1974, Stephen Hawking predicted that the extreme gravitational force felt at the mouths of black holes — their event horizons — would summon photons into existence in this way. Gravity, according to Einstein’s theory of general relativity, distorts space-time, so that quantum fields get more warped the closer they get to the immense gravitational tug of a black hole’s singularity.

Because of the uncertainty and weirdness of quantum mechanics, this warping creates uneven pockets of differently moving time and subsequent spikes of energy across the field. It is these energy mismatches that make virtual particles emerge from what appears to be nothing at the fringes of black holes, before annihilating themselves to produce a faint glow called Hawking radiation.

Physicists are interested in Hawking’s prediction because it is made at the extreme boundary of physics’ two grand but currently irreconcilable theories: Einstein’s theory of general relativity, which describes the world of large objects, and quantum mechanics, which details the strange behavior of the smallest particles.

But detecting the hypothesized light directly is something astrophysicists are unlikely to ever achieve. Firstly, there are the considerable challenges posed both by traveling to a black hole — the closest known one being 1,566 light-years from Earth — and, once there, not getting sucked in and spaghettified by its immense gravitational pull. Secondly, the number of Hawking photons springing…