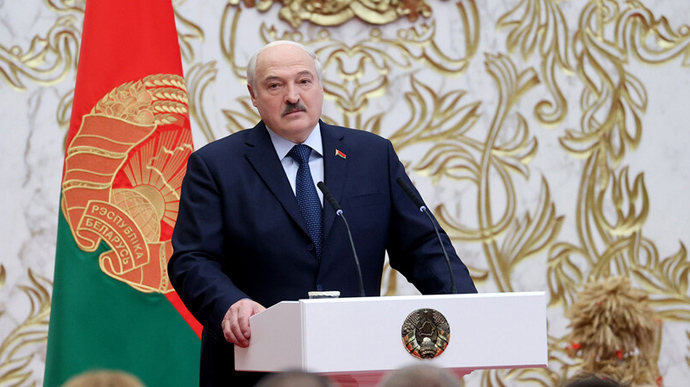 Lukashenko to Zelenskyy: The question is not who is right, who is guilty, but why is there a war on your territory?

Aleksandr Lukashenko, the self-proclaimed president of the Republic of Belarus, has stated that Ukrainians have allegedly begun to complain about the President of Ukraine, Volodymyr Zelenskyy, because they have no electricity, and that people will later ask Zelenskyy himself why “he has a war on his territory.”

Quote from Lukashenko: “I’ve been watching Ukraine. Today the population of Ukraine, despite the fact that they hate us – Russia, partly Belarus and others – are beginning to make demands on their leadership. When people have nothing to eat, when it is cold at home, when practically the entire infrastructure has been destroyed: ordinary people suffer. And here the alternative is – guys, go and sit down for negotiations.”

Details: The self-proclaimed president of Belarus said that “it might be good for Zelenskyy: he can go out there in a sleeveless shirt (Lukashenko is probably confusing different types of clothing, calling a T-shirt a sleeveless shirt – ed.) or in a sweatshirt that has not been washed for a long time, congratulate or shake someone’s hand, and he is given HIMARS [the US-made Multiple-Launch Rocket Systems] and some other Javelins [American-made portable anti-tank missile system] worth in US$200 million.

Lukashenko believes that “it’s easier for Zelenskyy: he’s not hungry, he’s fed, he doesn’t suffer without electricity, etc.”, while “millions of Ukrainians suffer.”

Quote from Lukashenko: “And the fact that there is a conflict, a war on his territory: look, in a year or two the people will blame him: “Why did you do this or that and then the war started. Here the question is not who is right or who is guilty. but why is there a war on your territory?”.

Details: The self-proclaimed president of Belarus once again stated that Zelenskyy should enter into peace negotiations with the aggressor country, Russia.

Earlier, Lukashenko had said that the President of Ukraine, Volodymyr Zelenskyy, should stop and enter into peace negotiations with the aggressor country, Russia, if he wants to avoid huge casualties and the complete destruction of Ukraine.

Journalists fight on their own frontline. Support…