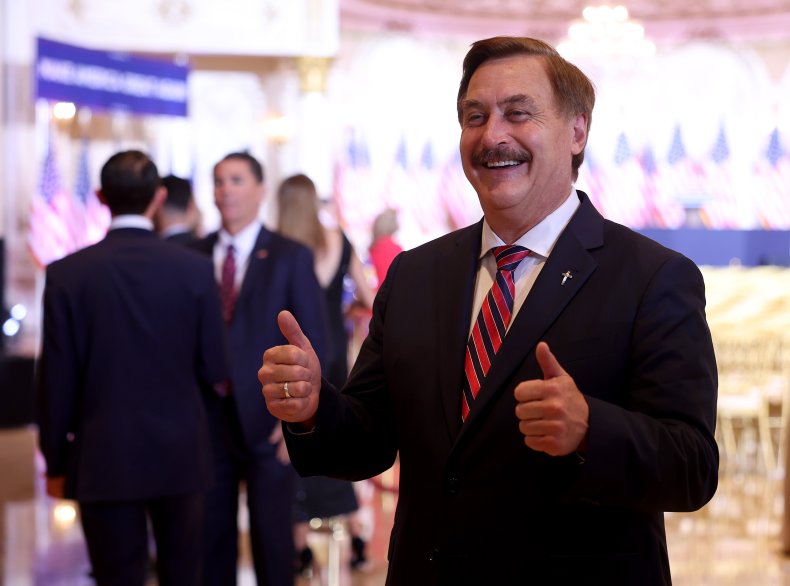 Prominent conspiracy theorist and pillow tycoon Mike Lindell is weighing up a challenge to Republican National Committee chair Ronna McDaniel for leadership of the party following the GOP’s underwhelming performance in the 2022 midterm elections.

In an appearance on his “Frank TV” livestream this week, the MyPillow CEO asked fans whether they would support him pursuing a bid against the sitting RNC chairwoman, whom he has previously criticized for her lack of effort to overturn the results of a 2020 election Lindell baselessly claims was rigged against former President Donald Trump.

They overwhelmingly did and Lindell—who has faced federal inquiries for his connections to a Colorado-based effort to prove fraud in that state’s election—said he would seriously consider challenging McDaniel.

“One of the things I will tell you, you know, [we] will never ever stop to get rid of these machines and make this the best elections in world history in our country,” Lindell said, referring to Dominion voting machines he has blamed—without evidence—as being at the center of a systemic fraud to rob Trump of the presidency. “We need someone everybody, and I would step into that, if God willing.”

Lindell—who currently faces a sweeping defamation lawsuit from Dominion over those claims—later confirmed his prospective bid to the conservative outlet National File, saying in a statement McDaniel had “failed in her leadership” and that the party needed “a new input to get a different output.”

“We need someone who knows how to run a business to lead one of the most important organizations in our country,” Lindell told the outlet.

Lindell’s intentions are somewhat unclear beyond the scope of the myriad conspiracy theories he’s embraced since the end of the 2020 election. Some of the most vocal supporters of Trump’s “Make America Great Again” movement fared poorly in the 2022 midterm elections, while more moderate candidates…