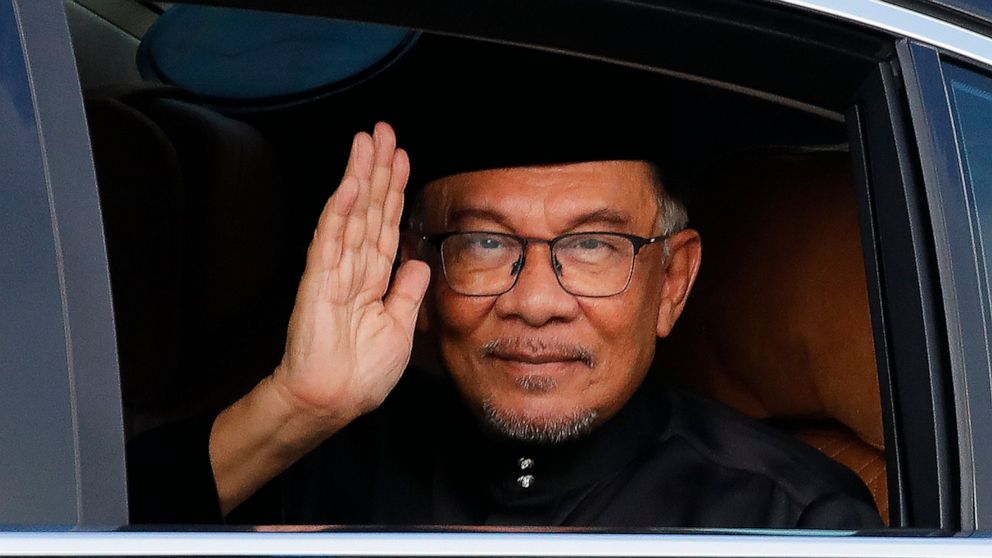 His rise to the top a was a victory for political reformers who were locked in a battle with Malay nationalists for days after a divisive general election on Saturday produced a hung Parliament. Anwar took his oath of office in a simple ceremony at the national palace that was broadcast on national television.

Malaysia’s king, Sultan Abdullah Sultan Ahmad Shah, named Anwar as the nation’s 10th leader after saying he was satisfied that Anwar is the candidate who is likely to have majority support.

In his first news conference, Anwar said he would form a unity government comprising his Alliance of Hope that won 82 seats, the National Front with 30 seats and a bloc from eastern Sarawak state with 23 seats. He said that would give him a majority of 135 seats, with other smaller blocs expected to join.

“There is no question about my legitimacy,” Anwar said after his rival, former Prime Minister Muhyiddin Yassin, disputed that he has majority support. Anwar said his government will propose a vote of confidence when Parliament reconvenes Dec. 19.

The stalemate was resolved after the National Front, led by the United Malays National Organization, agreed to support a unity government under Anwar. Such a tie-up was once unthinkable in Malaysian politics, long dominated by rivalry between the two parties.

“His Royal Highness reminds all parties that the winners do not win all and the losers do not lose everything,” a palace statement said. Sultan Abdullah urged all opposing parties to reconcile to ensure a stable government and end Malaysia’s political turmoil, which has led to three prime ministers since 2018 polls.

The stock market and the Malaysian currency surged following news of Anwar’s appointment.