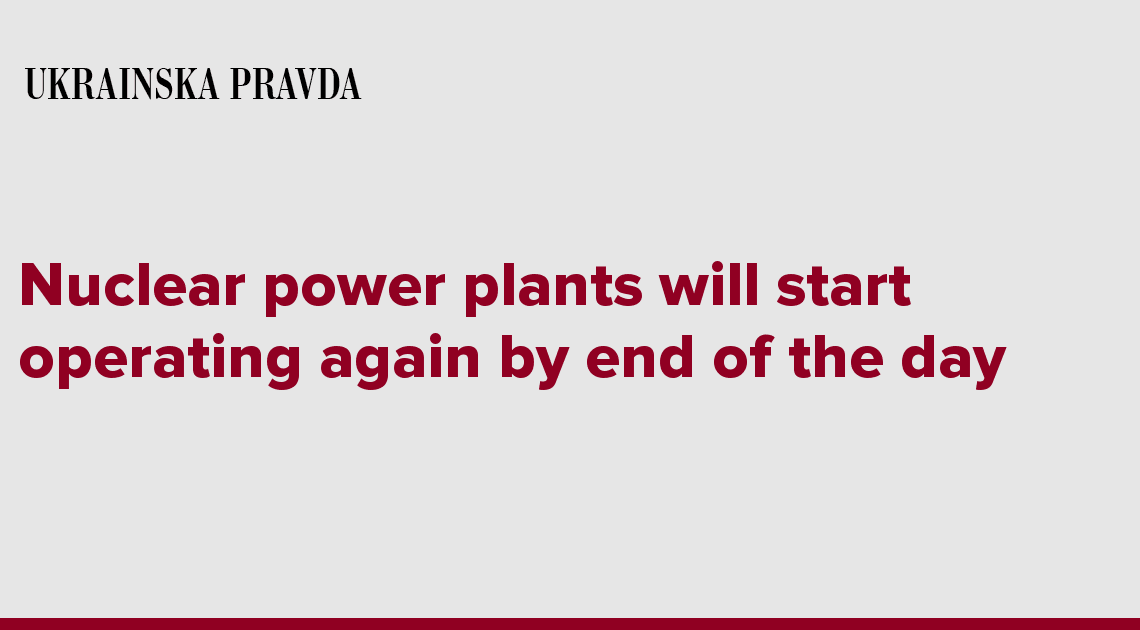 After all of the Ukrainian nuclear power plants went off the grid on Wednesday, they will restore their work by the end of Thursday, which will significantly reduce the power deficit.

Source:  Herman Halushchenko, Minister of Energy of Ukraine, on air during the 24/7 national joint  newscast

“Yesterday, in fact, there was an outage in our power system as a result of the missile attacks. The situation is very difficult, but at 4:00, we managed to unite the energy system, and it is now operating as a whole,” the minister said.

He went on to say that power to critical infrastructure facilities across the country has already been restored, and that generation volume will be increased during the day.

Now the key for NPPs, he continued, is to get electricity for their own needs, which is a matter of nuclear safety; when NPPs run on diesel generators, nuclear and radiation safety norms and requirements are at risk.

Therefore, all NPPs were reconnected to the Ukrainian power grid as soon as possible, which will allow them to supply electricity on Thursday. The exception is the Zaporizhzhia NPP, which continues to operate on diesel generators.

If there are no repeated attacks, power engineers will reduce the deficit in the energy system, and Ukrainians will be able to return to the rolling power outages by the end of the day.

The Ukrainian national energy company, Ukrenergo, commented on the Russian attack on the Ukrainian infrastructure which occurred on Wednesday, November 23, and stated that it has a clear plan of action so there is no reason to panic.

A massive Russian attack on 23 November led to temporary outages at all nuclear power plants and most thermal and hydroelectric power plants. Power transmission facilities were also damaged.