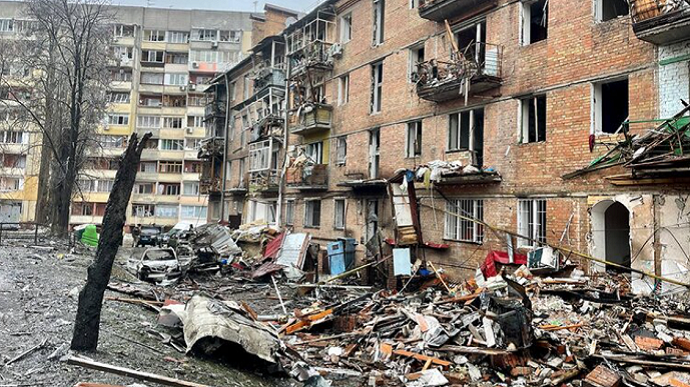 The number of people killed in the city of Vyshhorod in Kyiv Oblast as a result of the Russian missile attack on 23 November increased to six.

Source: Andrii Niebytov, Head of the Main Directorate of the National Police in Kyiv Oblast, on Facebook

Quote: “Six people killed, 30 people injured, damaged residential buildings and ruined lives. The city of Vyshhorod was founded 200 years before Moscow, and will flourish despite all odds when Moscow is no longer here; because here reside invincible Ukrainians not intimidated by the missiles.”