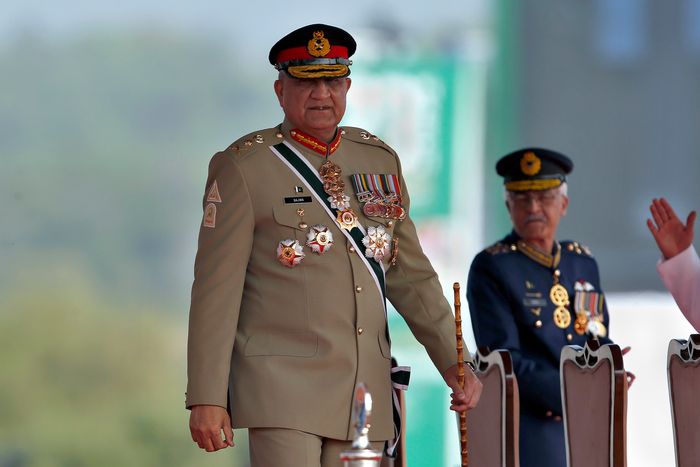 ISLAMABAD, Pakistan—A general who was removed from leadership of Pakistan’s spy agency by former Prime Minister

will take over as the country’s next army chief.

who will retire next week, the government of Prime Minister

announced Thursday. The chief of army staff position is widely thought to be the most powerful office in a country that has seen multiple coups, and where the military exerts massive influence over the government and policy even when not formally in power.

The appointment came as Mr. Khan, who is waging a protest campaign over the army’s influence in politics and is still recovering from a shooting earlier this month, prepares to take his monthslong protest against being ousted as prime minister to its climax later this week. Despite security concerns, he will lead his supporters to Rawalpindi, the city next to the capital that houses the headquarters of the army.

Mr. Khan blames intervention by Gen. Bajwa, who has served for six years, for his removal in April in a no-confidence vote by lawmakers. The army has denied involvement and said that Mr. Khan was removed through parliamentary proceedings.

Lt. Gen. Munir was appointed to head the Inter-Services Intelligence spy agency in 2018 but was removed by Mr. Khan after an unusually short tenure of eight months. No reason was stated at the time. A security official said Thursday that transfers were a regular part of the career.

The military and Mr. Khan’s party didn’t respond to requests on Thursday for comment on the 2019 removal. Mr. Khan fell out with the then-spymaster over personal issues and a foreign policy disagreement, according to some officials.