Prisoner to PM: Anwar Ibrahim’s long ride to the top in Malaysia | In Pictures News 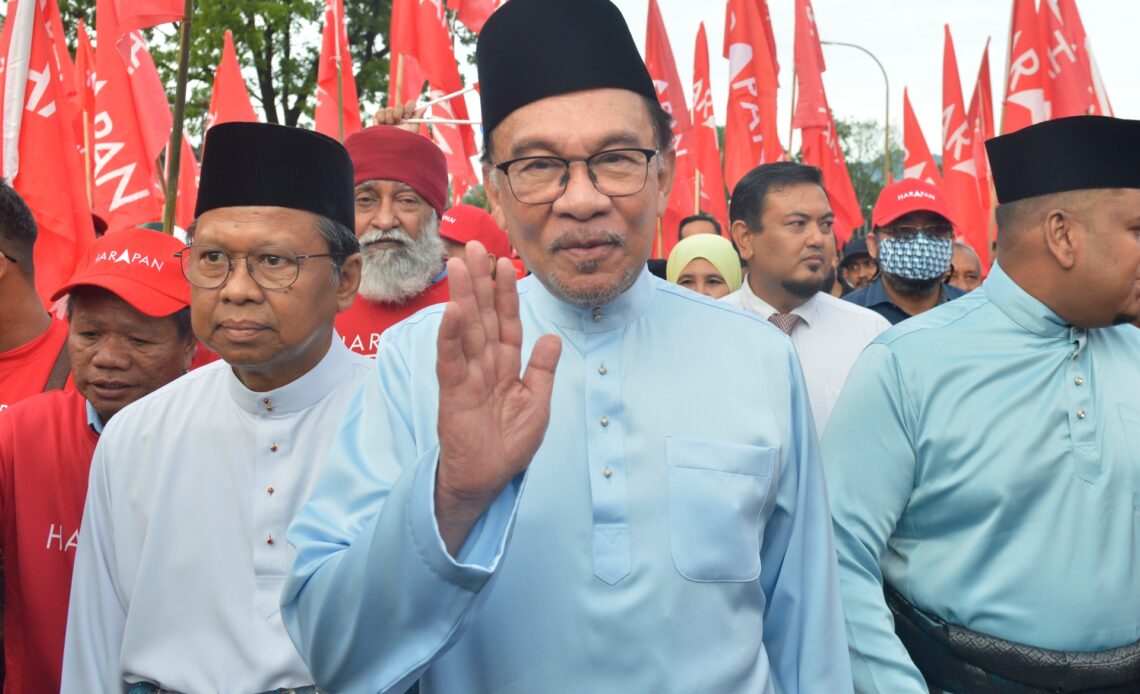 Anwar Ibrahim has been sworn in as Malaysia’s 10th prime minister, trumping a Malay nationalist leader to clinch the top job after divisive general elections led to a hung parliament.

Becoming prime minister caps Anwar’s rollercoaster political journey, from a former deputy prime minister whose sacking and imprisonment in the 1990s led to enormous street protests and a reform movement that rose into a vital political force.

It is a second victory for his reformist bloc, which won 2018 polls but lost power after 22 months due to a power struggle that has led to continuous political turmoil.

Last Saturday’s election, which was supposed to end the instability that had led to three prime ministers since 2018, instead produced new uncertainty after no party won a clear mandate.

Anwar’s multiethnic Alliance of Hope, led with 82 seats, short of the 112 needed for a majority. Muhyiddin’s right-leaning National Alliance won 73 seats, with its ally Pan-Malaysian Islamic Party (PAS) emerging as the biggest single party with 49 seats.

Anwar emerged victorious after smaller blocs agreed to back him to form a unity government. Still, he faces a tall task in bridging racial divides that deepened after Saturday’s poll and reviving an economy struggling with rising inflation and a currency that has fallen to its weakest point.

Malays are two-thirds of Malaysia’s 33 million people, which include large ethnic Chinese and Indian minorities.

“Anwar’s political struggle is of a comparable level as (South Africa’s) Nelson Mandela, as both went through many persecutions in the process of democratising their countries,” said Ei Sun Oh with Singapore’s Institute of International Affairs.

“It is hoped that with Anwar in charge, Malaysia could revert to a more open and inclusive society and economy that would hopefully restore its prestige on the world stage.”

Anwar, aged 75, had been on the cusp of power twice.

A firebrand youth leader, Anwar enjoyed a meteoric rise to become deputy prime minister-cum-finance minister in the 1990s. He was groomed to take over from then-Prime Minister Mahathir Mohamad but a bitter fallout over Malaysia’s response to the Asian economic crisis saw Anwar sacked in 1998, detained without trial and then charged with sodomy and corruption – charges Anwar said were a political conspiracy by Mahathir to end his career. Amnesty International called Anwar a “prisoner of conscience”.