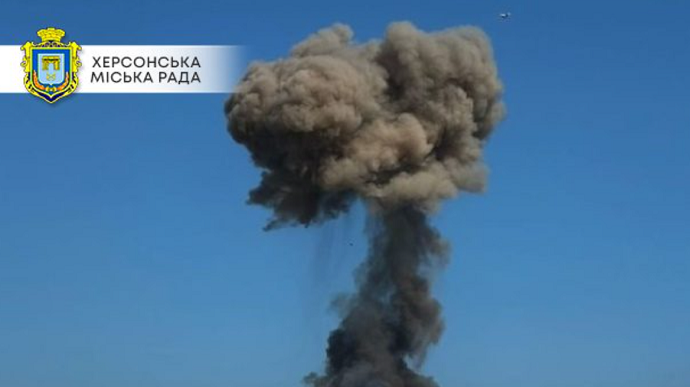 Russian occupation forces carried out 17 attacks on the city of Kherson over the course of Thursday, 24 November, damaging a kindergarten where an “invincibility centre” was located, and killing a civilian.

Quote: “At 08:20, kindergarten No.7, located at 23a, 49th Guards Division Street – our invincibility centre – was damaged in an attack.

As of 15:00, there were 17 attacks; 1 person has been killed and 1 sustained injuries. The Russians are chaotically firing on residential buildings.”

Details: The civilians who were killed and injured were found at 26, Viacheslav Chornovol Street.

Kherson territorial hromada [an administrative unit designating the city of Kherson and its adjacent territory – ed.] has been hit a total of 62 times on 20–24 November. Eight civilians have been killed and four sustained injuries. Luhova called on Kherson residents to evacuate from Kherson Oblast in light of the Russian attacks.