Russia needs a week to prepare for another massive missile strike, military intelligence says / The New Voice of Ukraine 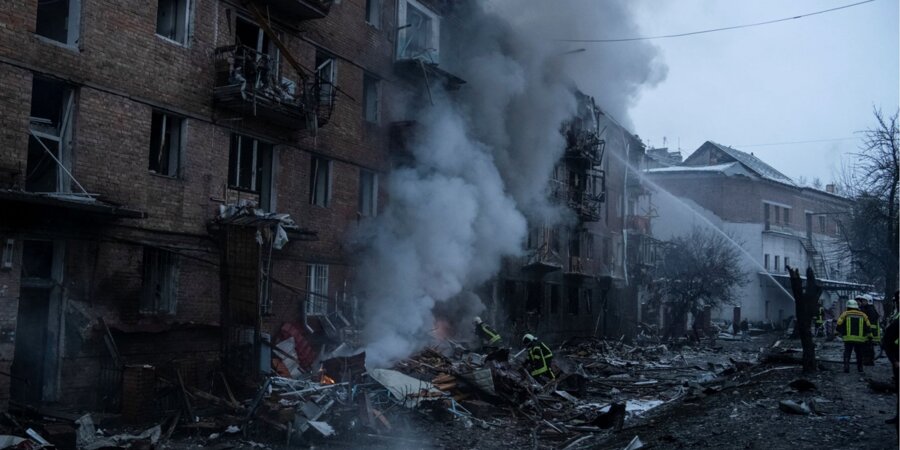 “They’re trying to break us, plunge us into darkness and cold during wartime and force us to negotiate on the aggressor’s terms,” he said.

“It won’t actually work. We understand that the frequency (of massive missile attacks on Ukraine) is about a week. That is, this is the period needed to prepare for another massive missile strike.”

According to Yusov, Russia’s stockpiles of high-precision weapons are largely exhausted, but Moscow still has many other missiles, mostly for the S-300 anti-aircraft surface-to-air missile systems, so the frontline cities, including Zaporizhzhya, Kharkiv, Mykolayiv, and Kherson, are at risk.

“Strikes not even at infrastructure objects, but just at residential buildings, maternity wards, hospitals are a sign of cack-handed Russian missile operators and Russia’s regime as a whole.”

Earlier Secretary of Ukraine’s National Security and Defense Council Oleksiy Danilov suggested that Russia would be able to repeat the attacks on Ukraine’s infrastructure similar to those on Nov. 15 only another three or four times.

Russia launched another massive missile attack on Ukrainian cities on Nov. 23. Civilian facilities were hit in the capital city of Kyiv and Kyiv Oblast.

The Ukrainian Air Force said the barrage consisted of 67 cruise missiles, of which 51 were intercepted by air defenses. In addition, five suicide drones were destroyed.

Emergency blackouts were introduced throughout the country. Many regions are still left without power and water supplies.