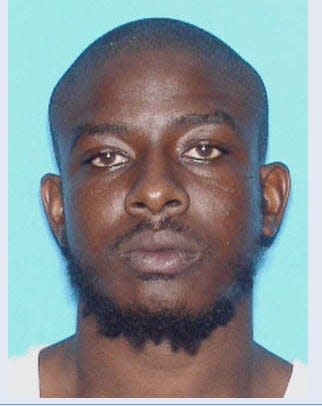 Ormond Beach Police are looking for a 39-year-old man in the stabbing of another man on Wednesday, according to a post on Facebook.

Police are looking for Corey Donnell Gaines as the suspect in the stabbing reported about 2:20 p.m. near Tomoka Avenue and South Ridgewood Avenue, according to a post on the police department’s Facebook page.

A man was stabbed several times, given medical assistance and transported to Halifax Health Medical Center in Daytona Beach, according to a press release. The injuries are not considered life threatening at this time, the release stated.

Couple stabbed: Competency hearing to be set for man accused of stabbing couple to death during Bike Week

The stabbing was a domestic situation and not a random act, the police stated in the post.

Gaines fled the area after the stabbing, according to police. He is described as 5 feet, 3 inches to 5 feet, 6 inches tall with “sleeve arm” tattoos, the release stated.

The police department asked the community to be aware of their surroundings and if anyone sees the suspect, do not approach him and call 911 immediately.