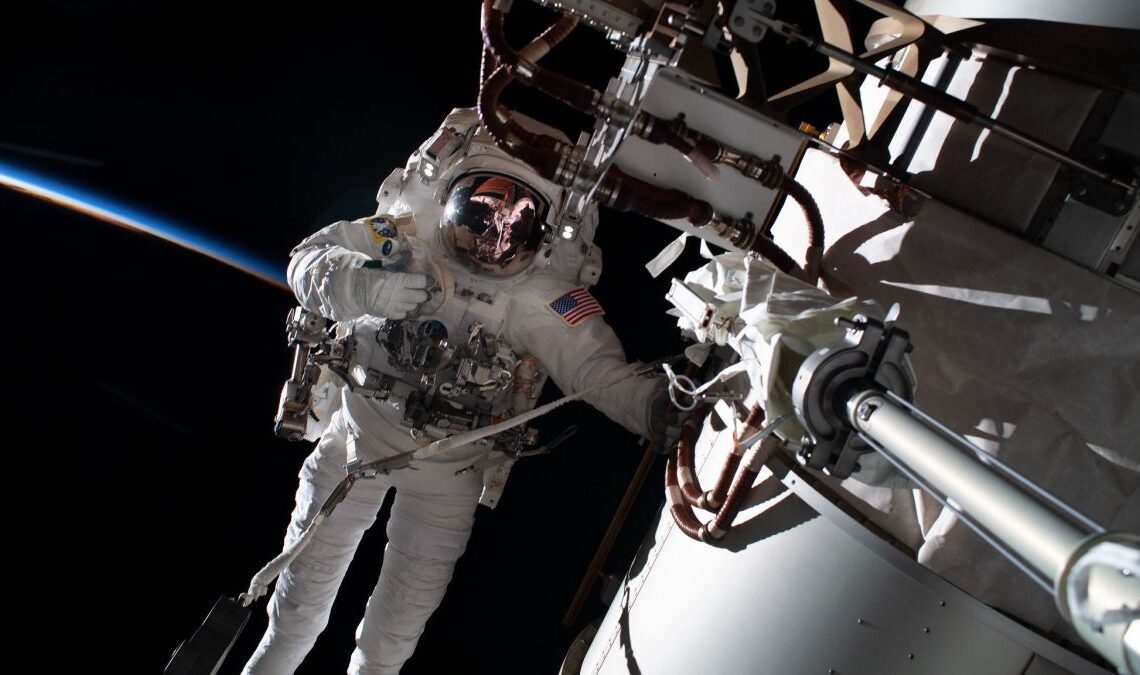 The NASA astronauts currently in space are living so far in the future that they celebrated U.S. Thanksgiving on Tuesday (Nov. 22), they joked in a video.

Jokes aside, the space crew on the U.S. side of the International Space Station does plan to take some time on the holiday to watch some football (the pigskin kind) and to eat some special food, although the astronauts kept their meal secret on the video for now.

“Up here, we’re on Greenwich Mean Time, which means that for half the planet we live in the future,” said NASA astronaut Josh Cassada, floating in a quartet with other U.S. segment crew members in a YouTube video (opens in new tab) released Tuesday (Nov. 22).

“We’ll be celebrating Thanksgiving on Tuesday this year and working a bit on Thursday, but I think we’ll still have some time to catch some football and eat some great Thanksgiving food,” Cassada added, as the crew members casually tossed some prepackaged food in front of the camera.

Related video: Yum! How Thanksgiving meals for astronauts Are made

NASA’s official blog (opens in new tab) says the three U.S. astronauts (who also include Nicole Mann, who is the first Native American woman in space, and Frank Rubio, the first Salvadorian-American) and Japan’s Koichi Wakata will mostly have the U.S. holiday off ahead of what will be a busy few days on the space station. (Japan shares U.S. segment responsibilities with NASA — as well as holidays and weekends — under the space station’s cooperative agreement.)

Russia is preparing to execute a spacewalk on Friday (Nov. 25), relocating a radiator between the Rassvet and Nauka modules of the orbiting complex; while the U.S. astronauts likely will not be direct helpers, they are available in case they’re needed. You can watch the whole thing here at Space.com when it runs, with the broadcast expected to start at 6 a.m. EST (1100 GMT).

In pictures: The most memorable spacewalks in history

Extra hands will be required when a SpaceX Dragon cargo ship arrives at the orbiting complex Sunday (Nov. 27) at 7:30 a.m. EST (1220 GMT), which you can watch live here at Space.com assuming the Saturday (Nov. 26) livestreamed launch here at 2:20 p.m. EST (1920 GMT) goes to plan. Solar arrays and a suite of science will be on board, requiring a few hours of work by Expedition 68…