The 2023 BRIT Award statue has been unveiled by its designer 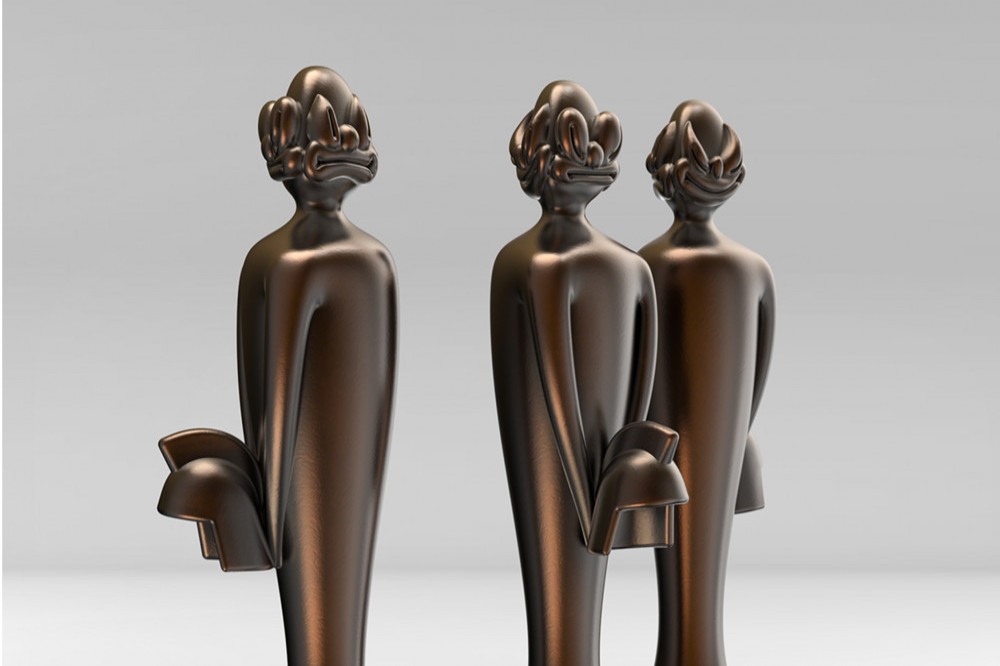 The new BRIT Award for 2023 has been unveiled by its designer, Slawn.

The Nigerian-born artist – who has been championed by late fashion icon Virgil Abloh and Grime star Skepta – follows in the footsteps of the likes of Dame Vivienne Westwood, Sir Peter Blake, Tracey Emin, and Dame Zaha Hadid in designing the award that will be handed to recipients at the music bash at London’s The O2 arena on February 11.

He commented: “I’m overjoyed and honoured to have been chosen. It is an incredible privilege to have the opportunity to take part in this celebration of fellow creatives since The BRITs are an iconic, self-named celebration of British creativity, and a genuine testament to the richness of talent-making and producing music both in this nation and throughout the world. The BRIT Awards are a classic celebration of global talent and a powerful forum to genuinely reflect on the shifting nature of culture and the contribution of people to that culture.”

Slawn wanted to the design to have both a “sense of refinement and playfulness”.

The artist decided to remove the helmet as a “hats off” to the BRITs for giving him the honour of designing the award.

He said: “I wanted to design an award that had a sense of refinement and playfulness at the same time. I am conscious of the narrow line I tread between conventional art and the entertainment industry. I wanted to convey feelings of gratitude and celebration since I know that opportunities such as this don’t come along very frequently for individuals like myself. The concept behind the sculpture is “hats off to you”. My decision to remove the helmet from the award is my way of thanking The BRITs for providing me with this opportunity. I hope that seeing this award inspires not only the British populace, but individuals across the world, including myself, that these feats are achievable.”

The bronze award, which features three heads, has personal touches that “commemorate and incorporate” Slawn’s roots.

He added: “I’ve created something that I am extremely proud of that I feel represents my past, present and future. The placement of the arms and the decision to have three heads meant that I could create an award that shows a different perspective at every angle. Growing up in Lagos I was surrounded by bronze sculptures, so they have a very nostalgic feel to me. I also wanted to commemorate and incorporate my roots into the design. I…