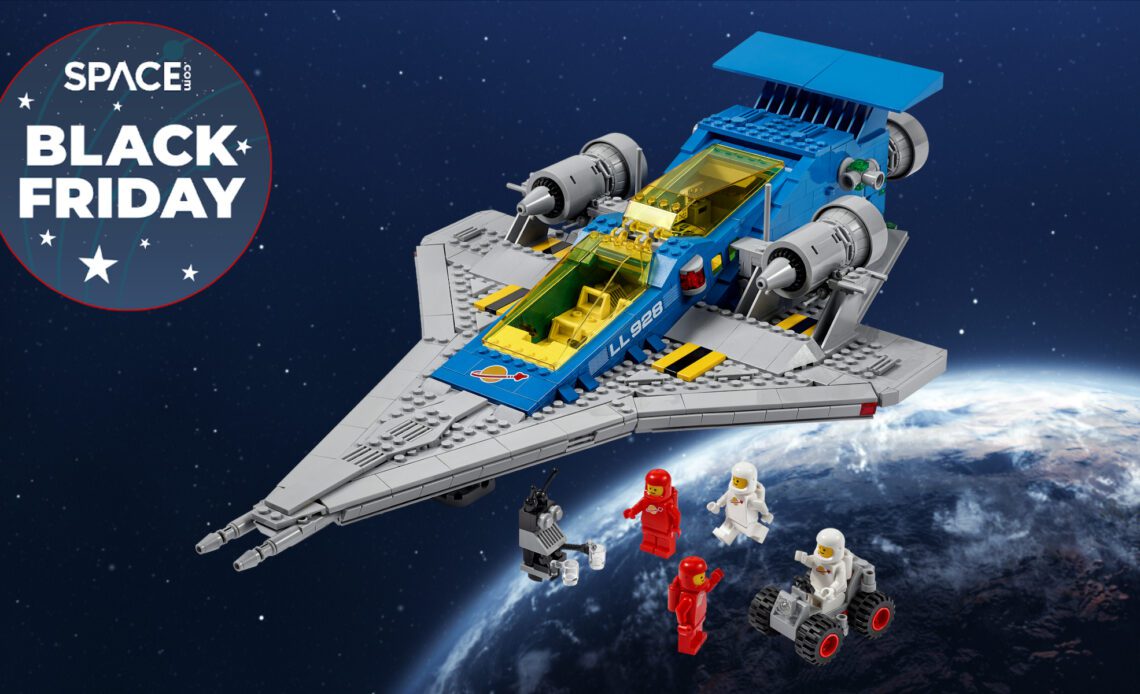 This Black Friday Lego deal at Walmart brings this classic build down to just $50 instead of $100.

Lego has been around for decades, and that means the company is able to pull from previously iconic designs and lean on nostalgia. For those that are looking for a classic build, for themselves or for their kids, Walmart has you covered.

Eagle-eyed readers will know we published a similar deal last week, but Walmart has since cut the price by another 25% to reach a cool $50.

As part of the deal (opens in new tab), you’ll find 1254 pieces in the box, including a small crew of astronaut minifigs and a robotic companion. There’s even a moon buggy with rolling wheels which can drive into the ship via a retractable ramp.

The ship itself is decked out in classic Lego sci-fi colors, with grey, blue and yellow detail all over. It measures an impressive 21.26 inches in length while still being 11.10 inches wide, making it a chunky build that helps you feel you’re getting your money’s worth. Based on a 1979 set (just two years after Star Wars made its debut), the Lego Icons Galaxy Explorer will be familiar to younger audiences thanks to Charlie Day’s character in the first Lego movie.

The landing gear is retractable, and the cockpit opens to allow all four figures to sit inside. There’s even a carefully designed living area with beds and other small details.

Plenty of reviewers have awarded the set 5 stars on Walmart’s own customer ratings (opens in new tab). They have noted that the instructions are relatively straightforward to follow but do require some more advanced techniques, meaning you’re likely to want to build it with your kids to avoid frustration.

We checked out the kit earlier this year (see out Lego Galaxy Explorer review (opens in new tab)) and awarded it a whopping 5 stars, and for more of the best space Lego sets, be sure to check out our guide.