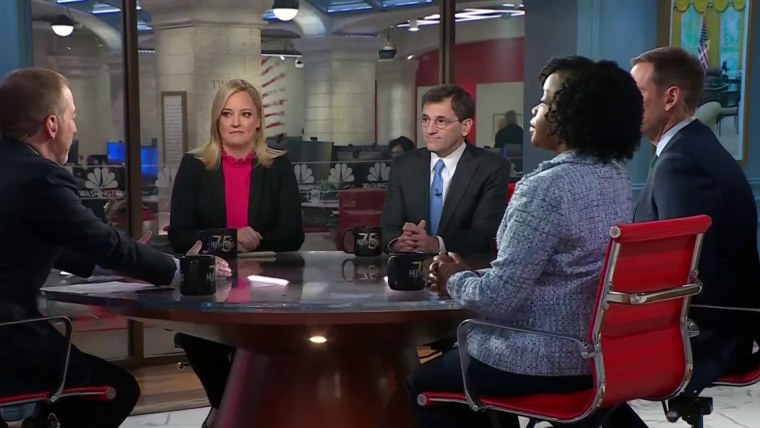 WASHINGTON — As Republicans prepare to use their new House majority to probe the Biden administration and the business dealings of the president’s son, Hunter, Democrats are assembling a constellation of groups to respond.

President Joe Biden hasn’t said if he’s running for re-election, but the groups are designed to defend him and discredit the opposition — including launching intense opposition research efforts into Republicans leading the charge in Congress — ahead of a likely rematch with former President Donald Trump in 2024.

Three new “war rooms” have sprung up in the past two weeks to combat the House Republicans’ investigations, each backed by multimillion-dollar dark money budgets and some of the best-known operatives in the Democratic Party. Meanwhile, the Democratic National Committee and major outside groups are already retooling to shift from 2022 to 2024.

“It’s clear the White House has been preparing for the anticipated barrage of meritless investigations from House Republicans, and outside groups are an essential component,” said Adrienne Elrod, who helped run Correct the Record, which defended Hillary Clinton from congressional probes before her 2016 presidential campaign was up and running.

Every White House has faced congressional investigations. But the surfeit of well-funded groups shows eagerness among Democratic donors to defend Biden — or at least stop Trump — and a recognition that the fight over public opinion is at least as important as the legal one, since it will lay the groundwork for the next campaign.

“It’s important that the opposition not get the upper hand in defining a false narrative, and outside groups can help mitigate that from happening,” Elrod noted.

The White House itself has been preparing for months for the barrage of inquiries, adding both legal and public relations firepower to the White House Counsel’s Office, which is quarterbacking its effort, and encouraging federal agencies to take similar moves.

This summer, as it looked likely that Republicans would win one or both chambers of Congress, a small group of White House staffers began mapping out likely investigative angles, keeping close tabs on top Republican investigators, including letters of inquiry they sent to federal agencies.

“There are a lot of constraints on the administration when responding to oversight investigations — even ones that are completely bogus — but none of which apply to outside groups,” said Eric…