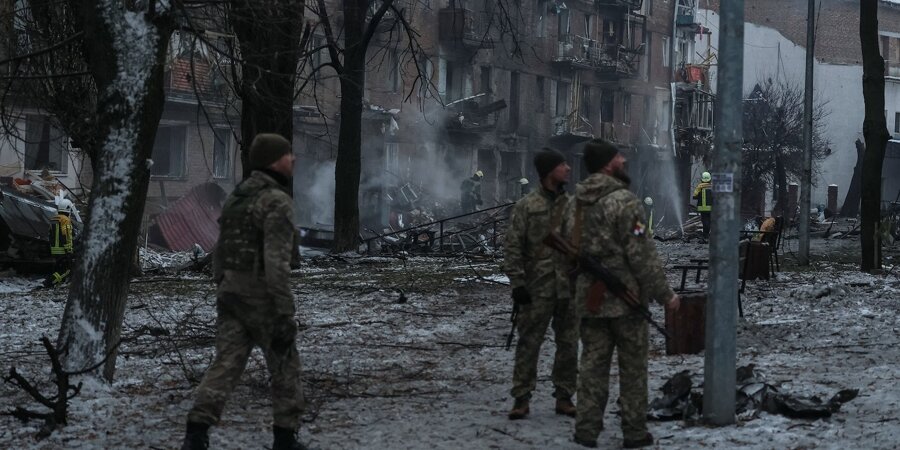 Ukraine intends to establish an interim prosecutor’s office in a European Union state to carry out an international investigation and prosecution of Russian war crimes, Ukrainian Prosecutor General Andriy Kostin said in a post on Facebook on Nov. 23.

He said this would be the next step after Russia was declared to be a state sponsor of terrorism by the European Parliament earlier on Nov. 23.

Soon after the declaration, Russia launched another mass missile strike on Ukraine’s civilian infrastructure, knocking out power, water and heating for millions across the country. Russia launched 70 missiles, 30 of which were aimed at the Ukrainian capital of Kyiv and its surrounding oblast, or region.

Ukrainian air defenses shot down 51 of the incoming missiles. But some found their targets and did significant damage to the country’s civilian infrastructure.

A working group under the guidance of Head of the Office of the President of Ukraine, Andriy Yermak, is now considered ways to establish a special international tribunal on Russia’s crime of aggression against Ukraine.

“We discussed in depth the legal mechanisms and international law with regard to punishing war crimes,” Kostin said in his Facebook post.

“A special tribunal is being discussed throughout the world by various international organisations.”

Ukraine is initiating the “establishment of an Interim Prosecutor’s Office to provide a strategy for collecting evidence of the war crimes committed by Russia and “the international criminal prosecution” of Russia, Kostin’s post goes on.

“With our partners’ support, this office could be set up in a European city.”