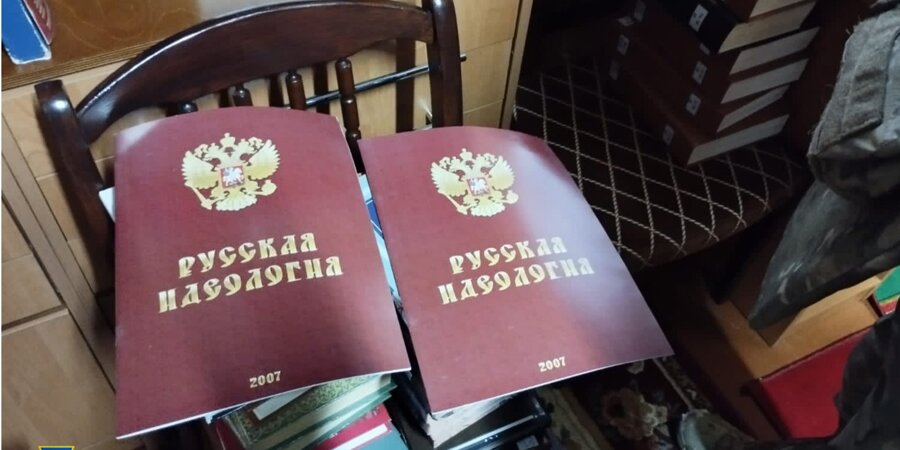 Ukraine’s SBU security
service found pro-Russian books, large amounts of cash in various
currencies and Russian citizens amid raids on Kyiv-Pechersk Lavra and
on other premises of the Ukrainian Orthodox Church of the Moscow
Patriarchate (UOC MP).

The agency said in a post on Telegram on Nov. 23 that in addition to the Lavra, SBU agents searched the Koretsky Holy Trinity Monastery and the premises of the UOC’s Sarny-Polissia eparchy in Rivne Oblast.

The SBU said that jointly with National Police and National Guardsmen, they thoroughly searched 350 church buildings and checked the identity of 850 people.

Over 50 people were carefully vetted, including with the use of a polygraph. The SBU said those were not only citizens of Ukraine, but also foreigners, in particular, Russian citizens.

“During document checks, some of them either provided passports and military tickets of Soviet design, or only copies, or they had passports of citizens of Ukraine with signs of forgery or damage,” the SBU said.

“Now they are being thoroughly checked.”

In addition, a 32-year-old citizen of Ukraine who may be involved in illegal activities of the pro-Russian news agency Antvan was found on the territory of the Kyiv-Pechersk Lavra.

The person is a trustee of the owner of the eponymous Russian company ANTVAN GROUP, Russian citizen O. V. Orlov, who owned several land plots and public catering establishments in Ukraine. Currently, this property has been seized as part of criminal proceedings.

During the searches, the SBU agents also found the following:

pro-Russian literature used in seminary and parochial schools, including for propaganda of the so-called “Russian World;”

Photos published by the SBU show leaflets with the sermons of the Patriarch of the Russian Orthodox Church Kirill, who actually supported Russia’s war against Ukraine and called for religious terrorism.

All materials will be submitted for the appropriate forensic investigations.

The SBU emphasized that all actions are carried out…