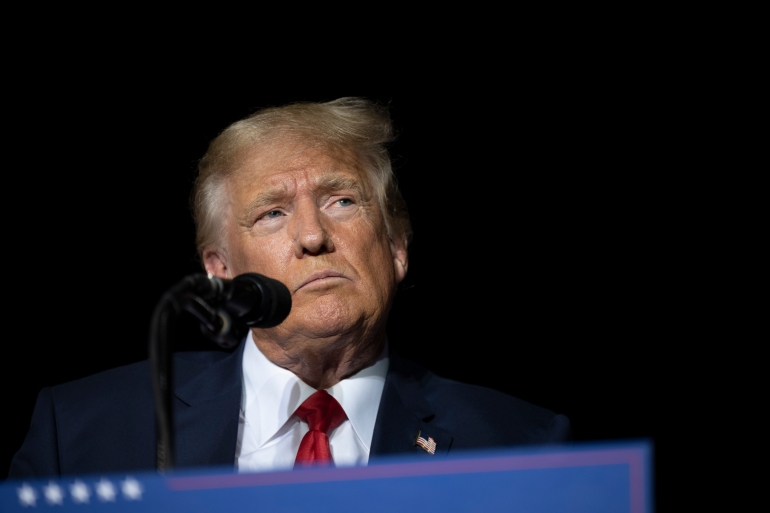 A writer who accused former US President Donald Trump of rape has filed a second lawsuit against him minutes after a new New York State law took effect allowing victims of sexual violence to sue over attacks that occurred decades ago.

E Jean Carroll’s complaint, filed in a New York City federal court, accuses Trump of battery, “when he forcibly raped and groped her” and of defamation, citing an October post on his Truth Social platform where he denied the alleged rape.

Carroll sought unspecified compensatory and punitive damages for pain and suffering, psychological harms, loss of dignity and damage to her reputation.

A longtime advice columnist for Elle magazine, Carroll had first made the claim of sexual assault in a 2019 book, saying Trump raped her in the dressing room of a Manhattan luxury department store in 1995 or 1996.

She brought the battery claim under New York’s Adult Survivors Act, a new law giving sexual assault victims a one-year window to sue their alleged abusers, even if the abuse occurred long ago and statutes of limitations have expired.

Thursday, November 24 – Thanksgiving Day and a national holiday in the United States – was the first day that accusers could sue. Her lawyer filed the legal papers electronically in the first moments of the day.

Trump has denied raping Carroll or knowing her at the time, and said she was “not my type”.

His first denial in June 2019 prompted her to sue for defamation five months later, but that lawsuit has been tied up in appeals courts as judges decide whether Trump is protected from legal claims for comments made while he was president.

He repeated the denial in an October 12 post on his Truth Social account, calling Carroll’s claim a “Hoax” and “lie,” prompting the new defamation claim.

Trump said in his statement that Carroll “completely made up a story that I met her at the doors of this crowded New York City Department Store and, within minutes, ‘swooned’ her. It is a Hoax and a lie, just like all the other Hoaxes that have been played on me for the past seven years.”

Both sides are awaiting appeals court decisions addressing Trump’s argument that as president he had immunity.

Carroll’s new suit skirts that issue, because Trump was no longer a sitting president in October.