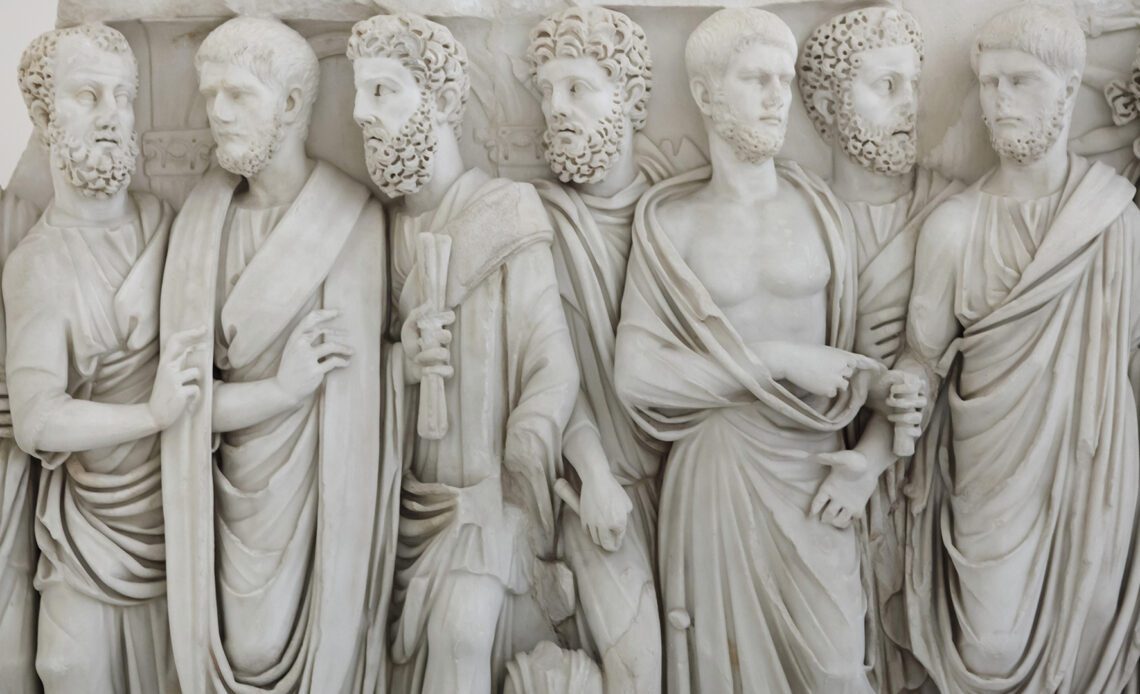 “Toga. Toga! TOGA!” It’s a familiar cry that rings across college campuses, both in the movies and in real life. If you went to a college with an active Greek life scene, you may have even wrapped up in a bedsheet and attended at least one toga party.

But what did togas actually look like? Were they nothing more than glorified sheets? And who wore them historically?

Wearing a toga would have been a sweaty undertaking. Traditionally, togas were long pieces of fabric, about 12 to 20 feet (3.7 to 6 meters) in length, which were draped over a plain tunic. And they were usually made of wool. “I can only imagine what it must feel like to be swamped in wool in an Italian summer. It must have been really terrible,” Kelly Olson, a fashion historian at the University of Western Ontario in Canada, told Live Science.

Related: Why did the Roman Empire split in two?

Still, that’s not so different from fashions throughout the ages.

“Humans have always worn things that were uncomfortable, especially for status reasons,” said Ursula Rothe (opens in new tab), an archaeologist and a senior lecturer at the Open University in England.

Wealthy Roman men wore togas as a sign of both status and citizenship. However, togas probably weren’t worn all the time. Rothe said that they likely filled a role similar to that of the modern business suit, donned for 9-to-5 administrative work or special occasions like weddings and funerals. “You probably didn’t see many out in the countryside,” she told Live Science.

And togas weren’t worn by ancient Greek people at all — at least, not until after they’d been colonized by the Roman Empire. Instead, the Greeks favored a garment known as a himation, which was also put on by draping. One of the main differences between the himation and the toga was the bottom hem; the himation’s was straight, while the toga’s was curved. Additionally, people of all genders in ancient Greece wore  himations, while mainly wealthy men with full Roman citizenship wore togas.

Different togas signified different things. The standard toga was a plain off-white, and any variation said something specific about the wearer. The children of rich Romans wore togas with a crimson border, meant as a symbol of protection, until they reached puberty. Dark gray or black togas were reserved for funerals, while purple and gold-embroidered togas were worn by triumphant generals, according to the World History Encyclopedia (opens in new tab). Elected political figures were…