Who was Charlemagne, the Carolingian Emperor of Europe? 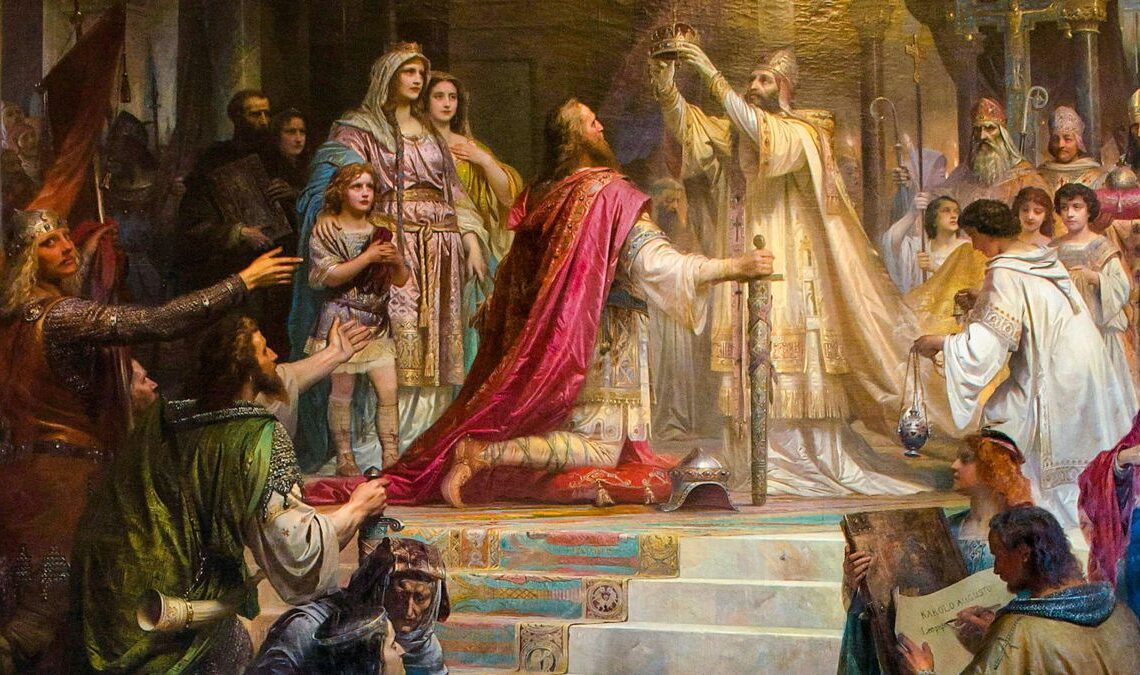 Charlemagne, or Charles the Great, ruled over the vast Carolingian empire that spanned Europe during the Dark Ages. He became king of the Franks in A.D. 768 and conquered much of Europe during his 46-year reign.

During his life, he laid the foundations for the Holy Roman Empire, which would last nearly a millennium. He also established a new kind of royal leadership that would inspire generations of European kings.

“Charlemagne was a model for kings for centuries after his death, and his empire also provided the highest ideal of government into the nineteenth century,” Michael Frassetto (opens in new tab), an adjunct instructor of history at the University of Delaware, wrote in “Encyclopedia of Barbarian Europe: Society in Transformation (opens in new tab)” (ABC-CLIO, 2003).

Charlemagne championed religious reform and maintained a close relationship with the popes in Rome. Charlemagne also facilitated the Carolingian Renaissance, investing in the establishment of monasteries and cathedrals and fueling a renaissance of learning. As a result, scholarship and religion flourished both in his capital city, Aachen (in what is now Germany), and beyond. Nowadays, Charlemagne is remembered as the “Father of Europe” for uniting much of the continent under his rule.

In the late fourth and early fifth century, the Roman Empire‘s influence in Western Europe collapsed as Germanic tribes swept through Rome, ultimately culminating in the fall of the Western Roman Empire in A.D. 476. From this power vacuum arose a series of Frankish tribes that had settled in Gaul (modern-day France), who consolidated their rule under a series of kings.

From these Frankish tribes emerged the Merovingian dynasty (mid 5th century – A.D. 751). But by the seventh century, the Merovingian kings held little power. The Frankish territories were very rarely united under one ruler and internal fighting was rampant.

Instead, mayors of the palace fulfilled a prime minister-type role and held the real power. Charles Martel, Charlemagne’s grandfather, held this office and began to politically dominate both the Eastern and Western sides of the kingdom, beginning the slow takeover of the Merovingians by the nascent Carolingian dynasty, said early medieval historian Jennifer R. Davis (opens in new tab), an associate professor of history at the Catholic University of America in Washington, D.C..