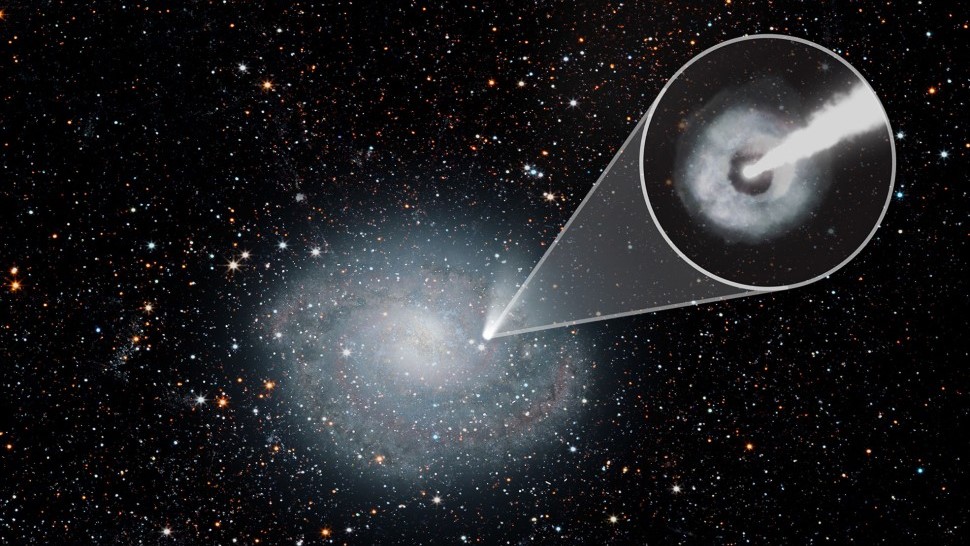 By creating the most extensive catalog to date of high-energy radiation blasts called short gamma-ray bursts (SGRBs), astronomers have traced these mysterious emissions back to active star-forming galaxies in the distant early universe.

Astronomers examined 84 SGRBs — the brightest explosions in the universe — and pinpoint them to their galactic source of origin. They then examined the characteristics of 69 of those galaxies. The team found that 85% of the short gamma-ray bursts they studied originated in young galaxies that are actively forming stars. Additionally, the researchers discovered that the majority of these high-energy radiation bursts were emitted when the 13.8-billion-year-old universe was young.

“This is the largest catalog of SGRB host galaxies to ever exist, so we expect it to be the gold standard for many years to come,” research leader and Northwestern graduate student, Anya Nugent, said in a statement. “Building this catalog and finally having enough host galaxies to see patterns and draw significant conclusions is exactly what the field needed to push our understanding of these fantastic events and what happens to stars after they die.”

Related: Scientists spot a ‘kilonova’ flash so bright they can barely explain it

SGRBs last just a few seconds but are so powerful that they appear bright even from great distances, meaning that up close they must outshine the combined light from hundreds of billions of stars in their home galaxies.

Astronomers believe that these short bursts of high-energy radiation come from the merger of two neutron stars, which are stellar remnants left over when massive stars reach the end of their lives and their cores collapse under the influence of gravity.

This core-collapse process squashes a mass at least equivalent to that of the sun down into a space the width of a city here on Earth, around 12 miles (19 kilometers). The result is material so dense that a teaspoon scooped from a neutron star would weigh 4 billion tons.

When two of these exotic stellar remnants orbit each other, they can spiral together and merge, a violent process that triggers an SRGB. While SGRBs last just a few seconds, they leave an optical afterglow that can last for hours before fading below astronomers’ detection levels.

These emissions are currently the only way to study the early universe’s population of merging neutron stars, so this extensive new catalog could facilitate a better understanding these violent and powerful…