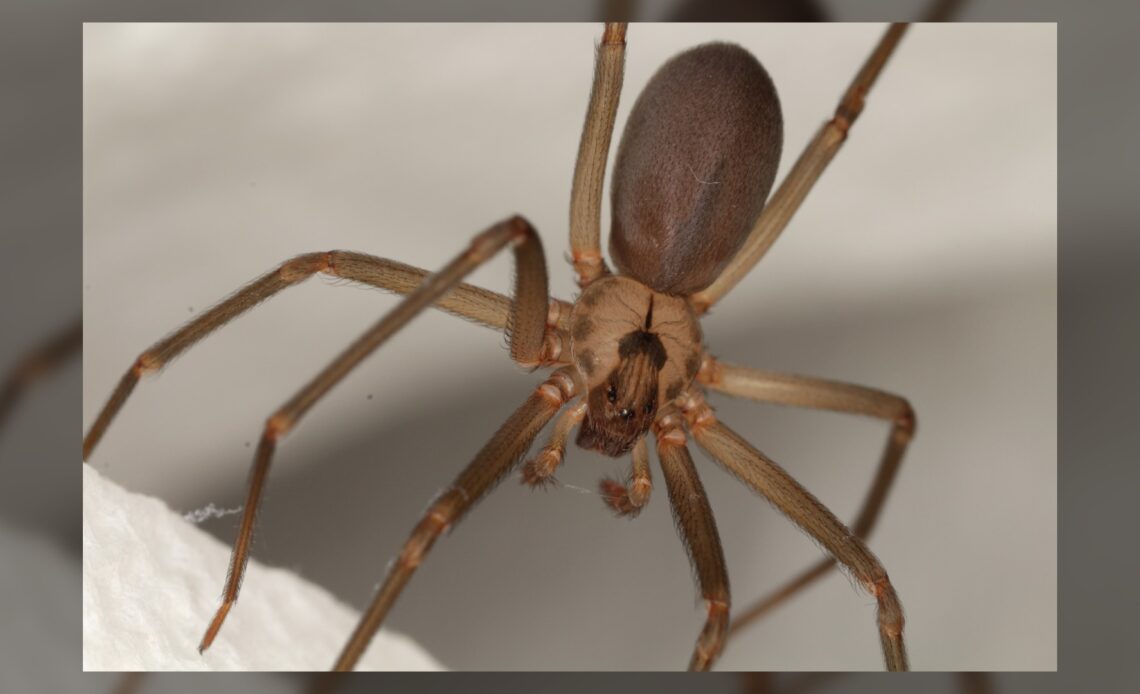 Two people who were bitten by brown recluse spiders developed a rare condition in which their immune systems destroyed their red blood cells, a new case report shows.

In the first case, a 30-year-old man came to the hospital because he was nauseous, vomiting, had muscle aches, and had a painful lesion on his left shoulder. In the other case, a 28-year-old woman came in for bad low back pain. They both had strange-looking lesions. The man’s, on his left shoulder, was small and irregularly shaped, with a black scabby portion on one side; the woman’s, on her upper back, was target-shaped and larger. Both were painful to the touch.

In both cases, doctors noticed that the whites of the patients’ eyes were yellowish. The condition, called scleral icterus, is caused by a buildup of a pigment called bilirubin in the blood, which is made when red blood cells break down.

Based on blood testing, both patients were diagnosed with a condition called warm autoimmune hemolytic anemia — something was causing their immune systems to destroy their red blood cells. In both cases, that something was systemic loxoscelism, a body-wide reaction to a bite from the venomous Loxosceles reclusa spider, otherwise known as the brown recluse.

Though brown recluse bites can be painless, the bite can become itchy, red, and inflamed shortly after the bite occurs, according to the National Capital Poison Center (opens in new tab) (NCPC). It may eventually become more painful, darker, and form a blister. A bite can also cause necrosis, or tissue death, surrounding it, and can eventually form a black, scab-like area called an eschar. Brown recluse bites are difficult to diagnose, according to the NCPC — doctors make the diagnosis based on a patient’s history and symptoms, if they have any.

The patients in the report were treated with intravenous fluids and corticosteroids, which suppress the immune system. Both were also given blood transfusions, and eventually recovered enough to leave the hospital.

The man’s recovery was uncomplicated, the woman’s less so for reasons apparently unrelated to her spider bite. She was six weeks pregnant and had a miscarriage, and also developed a brain condition called acute metabolic-toxic encephalopathy while in the hospital. This condition can also be caused by withdrawal from alcohol and drugs, and the woman had a history of drug abuse. But she eventually also recovered enough to be discharged with oral…