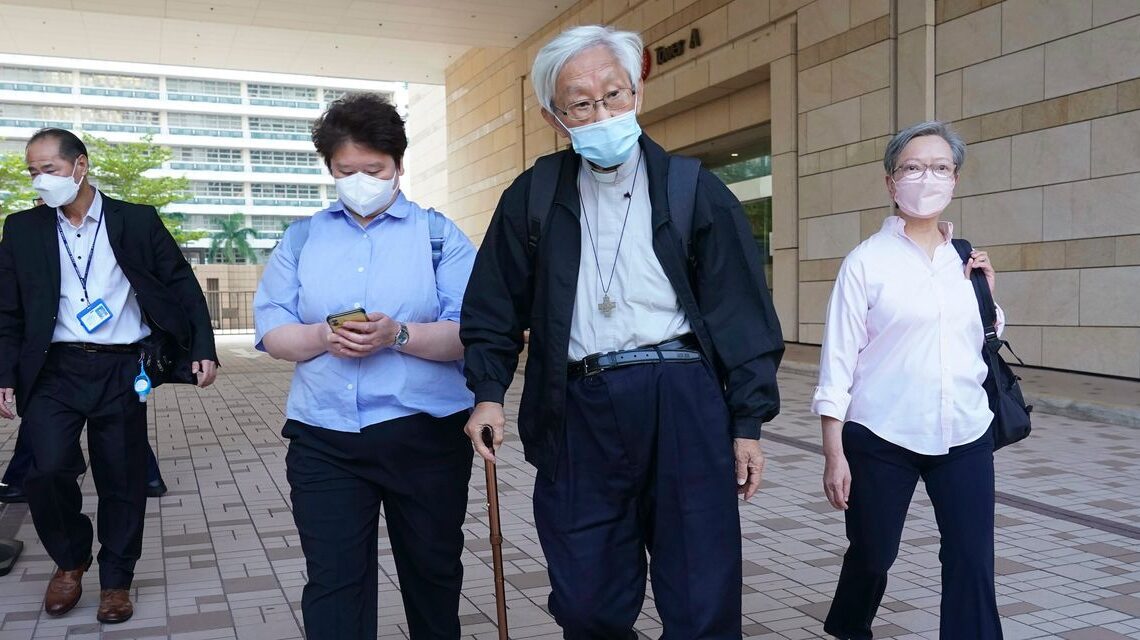 HONG KONG—Retired bishop and longtime Hong Kong democracy advocate Cardinal Joseph Zen was convicted of failing to register a fund providing aid to antigovernment protesters, the latest court verdict in a continuing crackdown on dissent in the city.

The 90-year-old cardinal, along with other prominent activists including local pop singer Denise Ho and veteran barrister Margaret Ng, didn’t file paperwork for the 612 Humanitarian Relief Fund, a court ruled Friday. The now-defunct fund offered financial and legal assistance to people arrested during the protests that convulsed the city from 2019 up until China’s imposition of a sweeping national security law on the semiautonomous territory the following summer.

Five defendants, who were trustees of the fund, were each fined about $512, and the sixth, described to the court as a secretary, received a fine of $320, with no jail time. While the penalties were minor compared with other protest-related cases, the 90-year-old cardinal and the others were tried in high-profile proceedings, using evidence subpoenaed under the national security law and drawing supporters as well as some diplomats to the hearings.

The offense was brought under Hong Kong’s colonial-era Societies Ordinance, introduced in 1911, which requires any group or organization with more than one individual to register with the police unless otherwise exempt. The ordinance outlaws organized-crime gangs and also allows groups posing security risks to Hong Kong or with ties to foreign political organizations to be banned. Police used the legislation to outlaw a small pro-independence group in 2018.

The white-haired cardinal appeared in court with his walking stick, wearing a clerical collar and a cross around his neck. While Magistrate Ada Yim delivered the ruling, he took notes and occasionally clasped his hands around a headset he used to help him follow the proceedings.

In addition to a pretrial hearing earlier this year, the trial stretched between September and November. Defense lawyers had argued that the original intent behind the law should be taken into account. The ordinance was aimed at dealing with “disreputable” groups, such as criminal gangs—known as triads in Hong Kong—and not unincorporated trusts. They also said the fund lacked structures that could qualify it as a group that required registration.