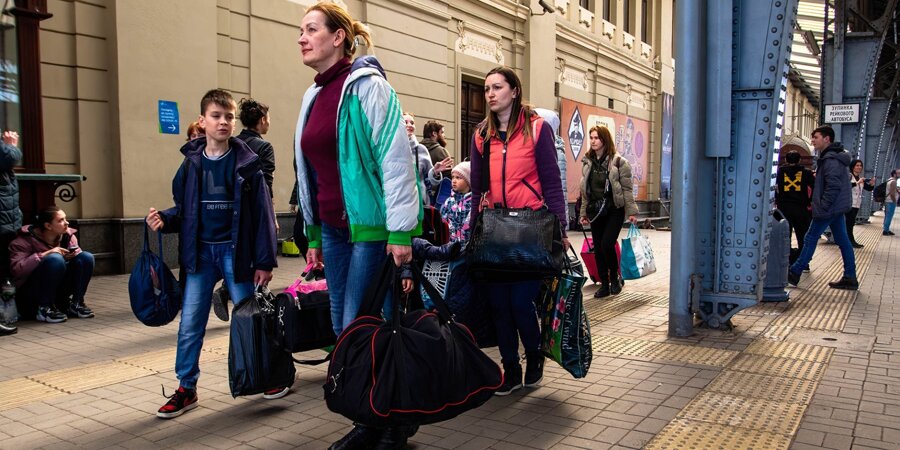 Marianna Tkalich, director of the Rating Lab research laboratory, talks about new migration trends among Ukrainians due to the war, the reality of the demographic gap, and the economic growth that Poland has received thanks to Ukrainians.

Europe is expecting a new wave of Ukrainian migrants — 11 million Ukrainians who have already left the country will soon be joined by another 2-3 million. This is the number who will be fleeing from Ukraine’s harsh winter of war, the European Regional Office of the WHO predicts. Another part will go in search of work and means of livelihood, as at least 5 million Ukrainians became unemployed due to the full-scale Russian invasion, according to the official data of the Ministry of Economy.

In turn, the World Bank predicts that by the end of 2023, 55% of the population of Ukraine will live below the poverty line (compared to 2% before the war and 25% this year). Analysts believe that this factor will become an additional argument for leaving the country.

NV asked Marianna Tkalich, doctor of psychological sciences and director of the Rating Lab research laboratory, about how all this could affect life in Ukraine today and after the victory.

— How has the structure of Ukrainian emigration changed during the 9 months of full-scale war?

— We have had several waves of emigration. The first wave was panic and uncertainty – that is, people left the country until the front stabilized. And they still continue to leave those regions that become uninhabitable due to the war. Take, for example, Zaporizhzhya, where it was relatively quiet at the beginning, but closer to autumn, shelling became more frequent. The same is happening in Dnipro, where the city itself is intact, but district centers have been destroyed. Some of these people move to other cities, and some choose to go abroad.

Those fleeing the war have now been joined by a large number of those relocating their businesses. This is because with the current energy problems, the IT sector and international companies that operate online and need a stable internet connection can no longer rely on their work being uninterrupted if it remains in Ukraine.

There is now a whole wave of migrants forming who are leaving abroad in connection with the energy crisis. Many are also doing this anticipating a hard winter. These people have booked apartments abroad…