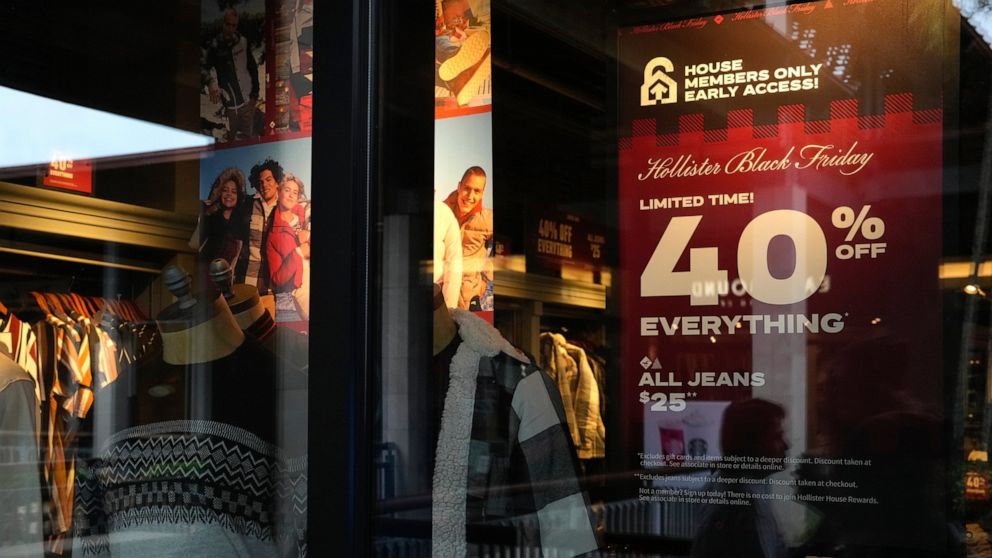 NEW YORK — Shoppers returned to familiar holiday shopping patterns but were weighed down by inflation this Black Friday after two seasons marked by pandemic worries and supply issues.

Due to elevated prices for food, rent, gasoline and other household costs, many were reluctant to spend unless there was a big sale.

Shoppers were being more selective, selecting cheaper options, dipping more into savings and turning to “buy now, pay later” services that allow payment in installments. Some were also running up their credit cards at a time when the Federal Reserve is hiking rates to cool the U.S. economy.

Financial hardships were driving shoppers to look for bargains.

Macy’s Herald Square in Manhattan, where discounts included 60% off fashion jewelry and 50% off select shoes, was bustling with shoppers early Friday.

He said that bestsellers from Macy’s online sale, which started last weekend, included 50% off beauty sets. Last year Macy’s, like many other stores, had supply chain issues and some of the gifts didn’t arrive until after Christmas.

Sophia Rose, 40, a respiratory specialist visiting Manhattan from Albany, New York, was heading into Macy’s with big plans to splurge after scrimping last year when she was still in school. She put herself on a budget for food and gas to cope with inflation but had already spent $2,000 for holiday gifts, and plans to spend a total of $6,000.

This year’s trends are a contrast from a year ago when consumers were buying early out of fear of not getting what they needed amid supply-network clogs. Stores didn’t have to discount much because they were struggling to bring in items.

But some pandemic habits are sticking around. Many retailers that closed stores on Thanksgiving Day, and instead pushed discounts on their websites to thin out crowds at stores, are still holding on to those strategies, despite a return to normalcy.

Major retailers including Walmart and Target again closed their stores on Thanksgiving. And many moved away from doorbusters, the deeply marked-down items offered for a limited time that drew crowds. Instead, the discounted items are available throughout the month, on Black Friday or…