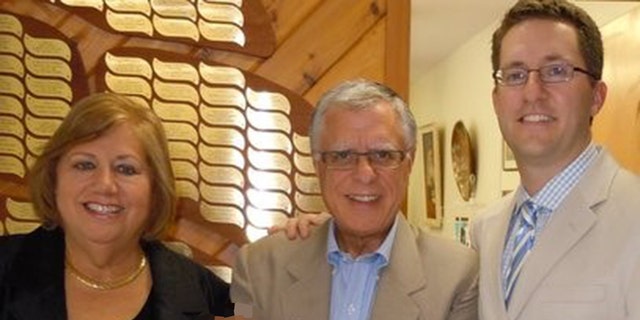 The mother of a prominent Florida attorney, who was gunned down in an alleged murder-for-hire plot, described the moments she learned of her son’s violent death – and her continuing quest for justice years later.

“The truth of my life is defined by my son’s murder,” Ruth Markel wrote in “The Unveiling: A Mother’s Reflection on Murder, Grief and Trial Life.”

“I am seventy-seven years old and will likely die before reaching the small satisfaction of any kind of meaningful justice.”

Markel lost her only son, Dan, on the morning of July 18, 2014 – just minutes after she had spoken with him over the phone. In “The Unveiling,” one of her many books, she described not only how her family has chosen to remember “Danny,” but also the “life sentence” she herself is serving as she and her family await answers as to who hired the hit men to ambush and execute him.

“Ma, I have to take this call,” and, “talk to you later,” were the last words she heard from him, she wrote.

HIRING A HITMAN: INSIDE A FLORIDA DENTIST’S ALLEGED PLOT TO HAVE HIS SISTER’S EX, A PROMINENT ATTORNEY, KILLED

Dan Markel (right) is the subject of a new Wondery podcast titled “Over My Dead Body.”
(Wondery)

Dan Markel, 41, was a divorced father of two and a respected Florida State University law professor when he was gunned down while pulling into the garage of his Tallahassee, Florida, home.

“Life’s progression comes to a stop when you lose a child. It feels like nothing is happening as it should, and everything is flipped upside down,” Markel wrote. “I often think that I have been sentenced for life. That Dan’s murder is also my life sentence: a void-like landscape of traumatic flashbacks, anguish, and prolonged anxiety.”

Markel added, “My hope is that things will get better when justice prevails. In the case of Dan, this has not happened yet.”

Katherine Magbanua was sentenced to life in prison for the murder of Dan Markel.
(Broward County Sheriff’s Office)

At the time, Dan was on the phone with a teacher from a charter school that his children were potentially going to be attending, Ruth explained in her book. “There’s someone next to me,” were his final words before the shooter began firing off rounds.

Katherine Magbanua, Charlie’s ex-girlfriend, was sentenced to life in prison for Markel’s murder, and is reportedly scheduled to meet…