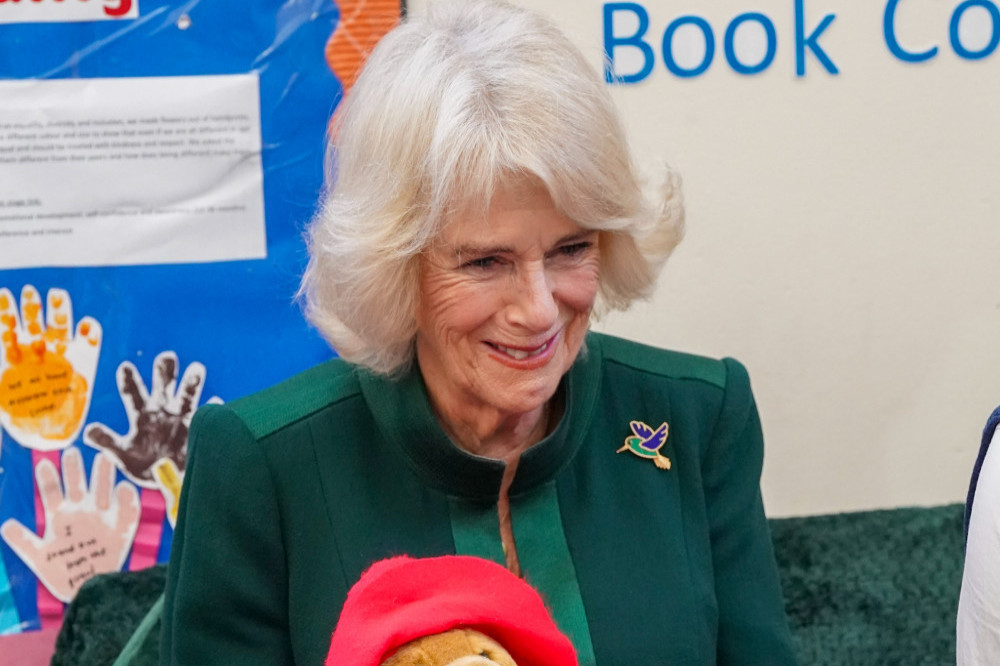 Queen Consort Camilla said it was “a pleasure” to rehome the Paddington Bears that were left in tribute to the late Queen Elizabeth.

The 75-year-old royal personally delivered the cuddly toys to children being cared for by Barnardo’s at Bow Nursery after the royal family donated over 1,000 bears to the charity in the wake of the monarch’s death in September.

Camilla was joined on Thursday’s (24.11.22) visit by Hugh Bonneville and Madeleine Harris, who starred in the ‘Paddington’ movies, and Karen Jankel, the daughter of late creator Michael Bond.

The royal shared marmalade sandwiches as she sat with a group of 40 children, but one little boy, three-year-old Oscar Isherwood, declared: “I don’t like marmalade.”

Camilla urged the children to put tiny boots on their Paddington Bears because “otherwise he won’t be able to go outside”.

The bears were all professionally cleaned before being handed over, and Hugh fittingly read ‘Paddington Takes a Bath’ to the group.

As she stood to leave the nursery, Camilla said: “It has been a pleasure to find a home for these bears – please look after them carefully.”

She said after the visit: “This is a very special day for Barnardo’s. We know these treasured bears will mean so much to the children who receive them, particularly as they learn about the special journey they have been on.

“We are incredibly grateful to HM The Queen Consort for her support and kindness. The children here will remember this moment for many years to come.”

Paddington Bear was linked to the queen after she appeared in a surprise TV sketch during her Platinum Jubilee, in which she enjoyed marmalade sandwiches with the beloved children’s character.

Thousands were left in London and Windsor to pay tribute to the beloved monarch following her death.

Prince William previously admitted seeing the bears had triggered a wave of grief.

He said: “It is the things you don’t expect that get to you. Paddington is a a new addition but the corgis have been there for longer.”