Russia will fail in its new strategy to plunge Ukraine into darkness, says Zelenskyy / The New Voice of Ukraine 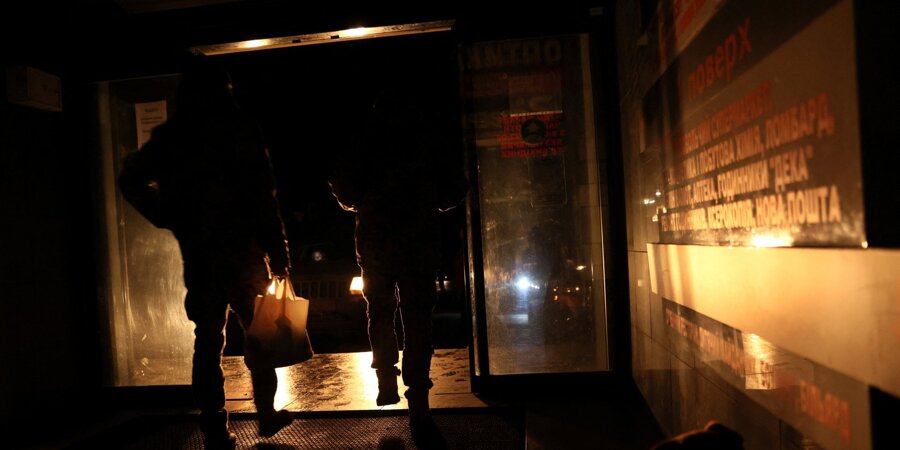 Russia’s new strategy of
destroying Ukraine’s infrastructure to plunge it into darkness will not weaken
the country’s resolve to liberate all occupied land, Ukrainian President
Volodymyr Zelenskyy said in an interview with the Financial Times on Nov. 24.

He described the conflict as a “war of strength and resilience.”

On Nov. 23, Russia launched 70 missiles against infrastructure targets across Ukraine, leaving about 80% of the country in the dark and without water. All 15 of Ukraine’s nuclear reactors were taken offline because the electricity grid became unstable.

Speaking in the presidential office, which also had no water supply, Zelenskyy said this week’s strike was unimaginable in the modern world.

“It was the kind of incident that hasn’t happened for I don’t know how many years, maybe 80, 90 years: a country on the European continent where there was totally no light,” he said.

By Nov. 24 morning the country’s nuclear reactors were being reconnected to the national grid and water had started to return to some districts of the capital city of Kyiv.

“The state fought back superbly,” the Ukrainian president said.

“Energy workers, the state emergencies’ ministry, bomb disposal teams – everyone worked to fix and restore power and provide at least a bit of water.”