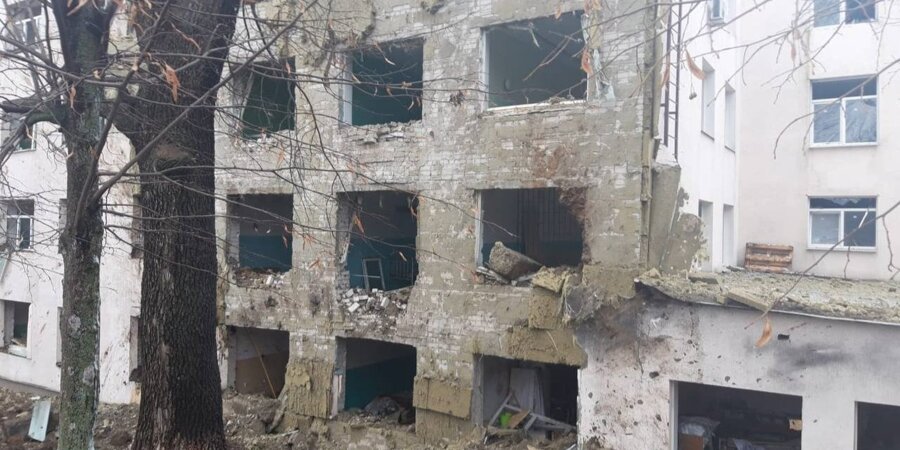 Russian
troops continued their attacks on the settlements of Kupyansk, Kharkiv and Chuhuyiv
districts of Kharkiv Oblast on the night of Nov. 25, damaging civilian infrastructure,
Kharkiv Oblast Military Administration reported on Telegram on Nov. 25.

According to the head of Kharkiv Oblast Military Administration Oleh Synehubov, the Russian invaders hit Vovchansk with artillery. As a result of the attack, a residential building was damaged. A 66-year-old man was injured and hospitalized.

Another man in the city set off a mine, and he was hospitalized with shrapnel wounds.

The Russians also struck Kupyansk with S-300 missiles at night and in the morning. The territory of a kindergarten and a medical institution were hit. According to preliminary reports, there were no casualties or injuries in that incident.

Synehubov also mentioned the situation with electricity in the region. He noted that about 100,000 consumers remain partially without electricity: some residents of the Izyum, Kupyansk, and Borivka communities, as well as some in the Zmiyivka, Balakliya and Shevchenkivka communities remain without power. Repair teams expect to restore electricity supplies to them during the day.

“The recovery process continues, blackout schedules have been introduced in Kharkiv Oblast with an increase in the lengths of time of outages possible in order to stabilize the system,” Synehubov said.